January has been a great month it was nice to get back into a routine and we have been enjoying this warmer then usually January weather.

This month we started up our dystopian book club unit where students are working with partners or small groups and have selected a novel to read. We are exploring all different aspects of dystopian stories and student are having a blast reading and sharing their thinking with the class.

In Social Studies we have looked at Canada’s involvement in World War 1 and have begun looking at global agencies and their roles including the United Nations, NATO, and The G20. In February we will be doing research surrounding Black History Month and researching some prominent individuals who have had an impact on Canadian and American History.

In Science we have been looking at how species have adapted to their environments over time and biodiversity. We have looked at microscopic organisms and will be looking at plant classification in the coming month.

Wishing everyone a great month.

In math we continued to explore the multiplication and division of double-digit numbers as well as area and perimeter of objects. In December, students completed an activity of mapping out a restaurant floor plan and determining the area of the restaurant as well as the area required for all the furniture in the restaurant. In January, we will begin exploring fractions. 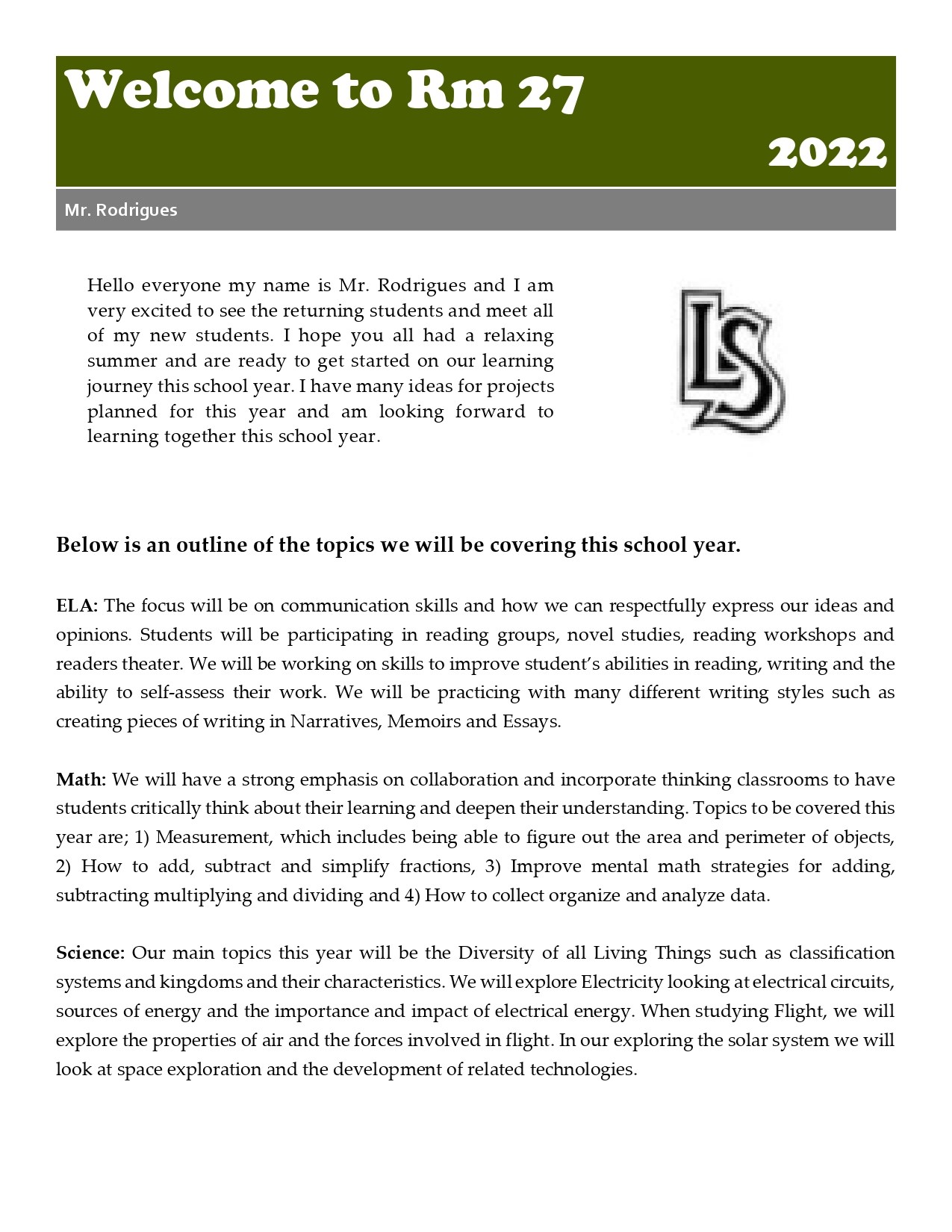 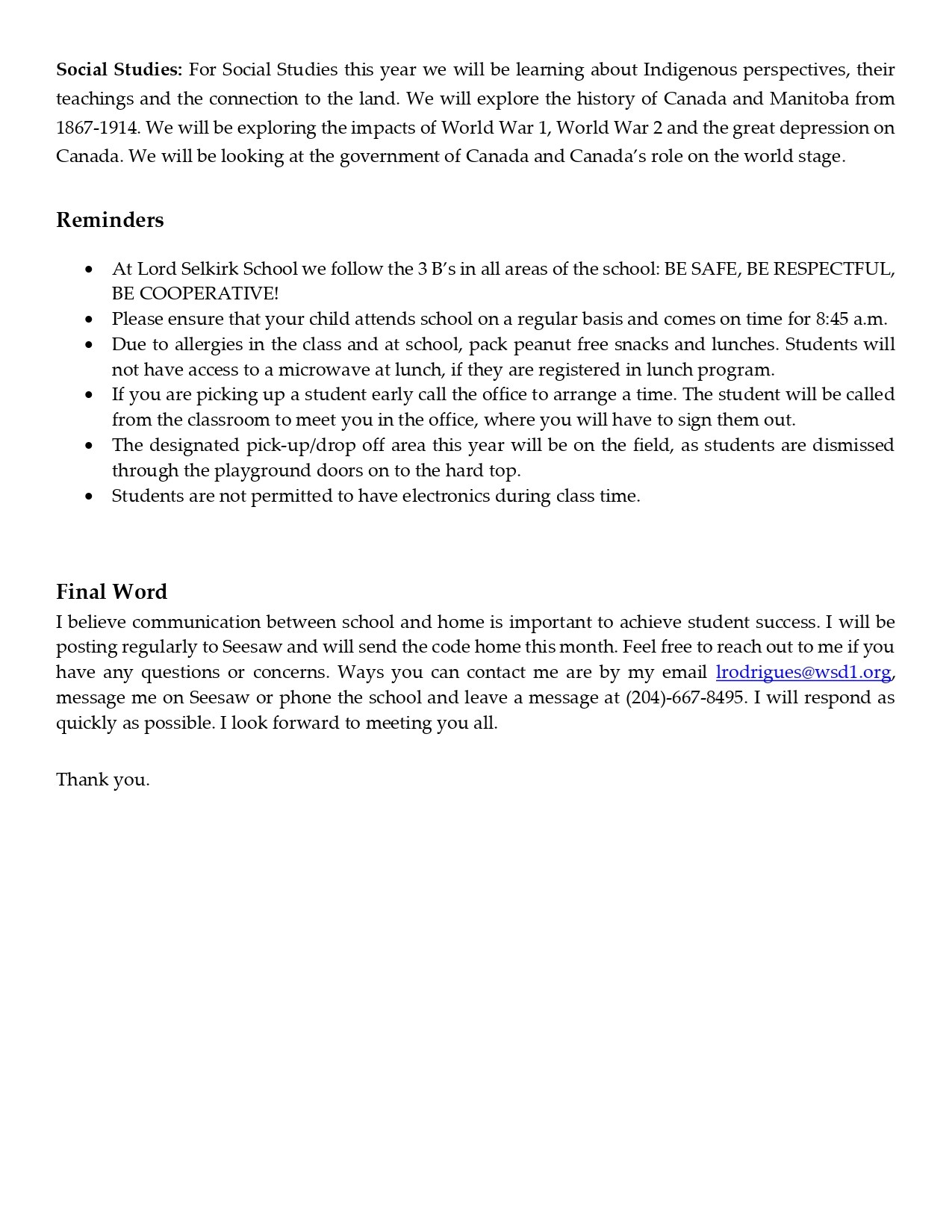