Earl Grey School was built in 1914 and was named after Lord Grey who was the Governor-General of Canada from 1904-1911. It was the first Junior High School in Canada.​ 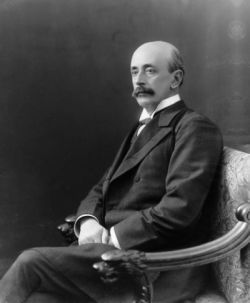 The first students began in September, 1915, under the direction of the principal, Miss J. Ellis.  Four years later, School Superintendent Dr. Daniel McIntyre, commissioned Principal J.S. Little to set up an experimental junior high with 400 Earl Grey students, thus becoming the first junior high in Canada.
It was hoped, that by adding interesting changes to the curriculum, the school system would be able to reduce the number of dropouts. This system was so impressive that Lord Roberts and Lord Selkirk schools soon followed suit.  The expansion continued throughout the Division in 1923 and, by 1925, the plan was city-wide.  At first, classes remained in their room and the teachers moved. Two disadvantages were soon noted: pupils found the long sessions without any sort of break very boring and it was difficult to move equipment and supplies from room to room.  So the procedure was reversed and that has remained the standard practice today.
Junior high students began to participate in new classes. Latin was chosen as the foreign language to study.  Teacher A.E. Floyd couldn’t find a suitable text, so he had to build up his course as he went along.  History at the junior high level was an unusual course.  Instead of a text, students used scrap books composed of clippings from newspaper and magazine articles.  Music was looked after by the remarkable Miss Ethel Kinley, later Director of Music for Winnipeg schools.  She “put on” the first Gilbert and Sullivan and that type of project later became very common among the schools.  Mr. Little, a science graduate of Edinburgh University, introduced small classes in science and a new system for Winnipeg.  Each student was required to record his data, proceedings and findings for every experiment.  This note book played an important part in the awarding of marks.  A Scottish text for teaching French was introduced.  After Earl Grey students had proven themselves at the Departmental exams, the book was made official for the province.
The school structure has not undergone very many changes.  In May of 1941 a new school library was opened to commemorate the school's silver jubilee.  In 1950 it suffered damage by the Red River flood, as did many buildings in Winnipeg.  A great deal of cleaning and repairing had to be done to the woodwork shop, the metal shop, the gym and two classrooms on the south side of the basement.
Frank White, former Earl Grey teacher during the 1950s, remembers that the school had to be heated by Souris coal in the 1950s. The coal, which resembled mud, was dumped by trucks at the west side of the school, through an opening into underground bins where it then required a great deal of stoking and shoveling.  On cold winter nights, the firemen often worked right through to keep the school warm.  During fire drills the students on the top floor had to use the spiral chute. “You can imagine the fun that the pupils had zooming down that dark tunnel with plenty of screaming and shouting on the way,” wrote Mr. White.
The largest addition to the school has been the construction of a new gymnasium on the west side of the school in 1965. The old gymnasium was located in the basement, with no change rooms or equipment rooms. A low ceiling made it difficult to play some sports such as volleyball and the floor sagged.  Up until (circa) 1950s, the school attic was the custodian’s living quarters. Today, all that remains of the attic are rotting beams and a few supplies and some of the school pumps.​
Over the years, Earl Grey became known as a leader in the fields of drama, operettas, music festivals, and sports. There have been many illustrious graduates of Earl Grey, including James. E. Coyne, former Governor of the Bank of Canada, Robert E. Beattie, former Deputy Governor, Robert A. Steen, former mayor of Winnipeg, Marshall McLuhan, media philosopher, and singer, Neil Young.  The school's honour roll (1919 to present) continues to show the names of those students who have achieved high academic honours in grades 7, 8 and 9.
Many of Earl Grey's alumni served their country in World War Two.  Sixty-eight of these people did not survive, and their names are listed prominently on the wall outside the main office.

In the early 1980's an Apple computer lab was set up in the school.  A new IBM computer lab was installed for the 1993-94 school year. In 1992 a new Science lab was built on the third floor. In March of 1998 a new computer lab, the Hewlett Packard Technology Centre was opened.

Earl Grey has maintained its sense of history, but has also kept up with the times in programming.  On June 22-3 of 1990, Earl Grey's 75th Anniversary was gloriously celebrated at the school and at a dinner-dance at the Winnipeg Convention Centre, with close to 900 people in attendance.  Old acquaintances were renewed, and the many members of the Earl Grey family met together with great pleasure. We are now looking forward to the 100th anniversary!

• No. of rooms: 25 rooms, 3 stories; included ten classrooms, science rooms and a multipurpose space in the basement area.