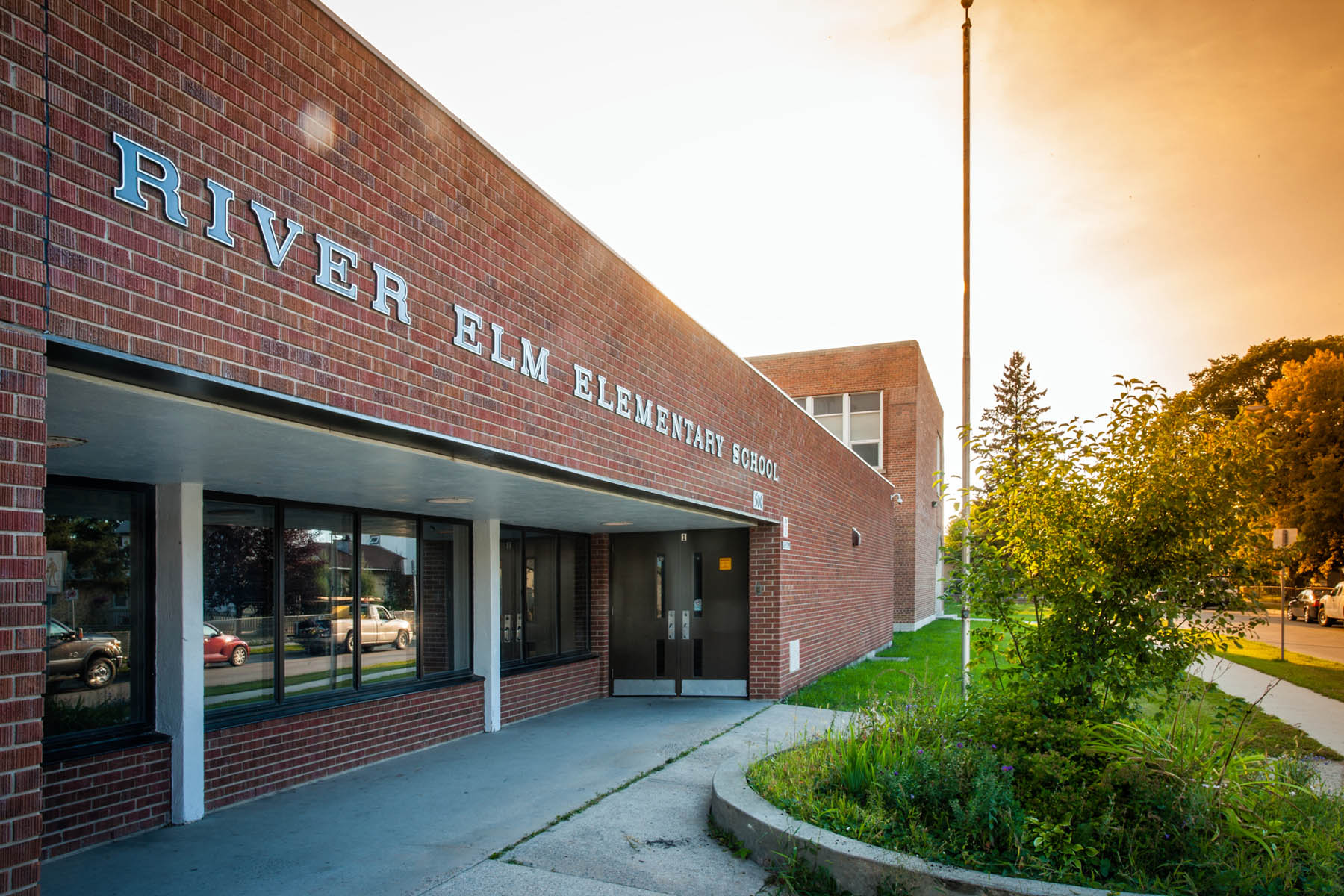 River Elm School’s origins can be traced back to 1904. Originally known as Beaver School, it was erected on Talbot Avenue, which was at the time outside Winnipeg’s jurisdictional limits. Two years later, the school and Elmwood joined Winnipeg—and as a result, the school became part of the Winnipeg School Board. Eventually, Beaver School became known as Elmwood School.
The first Elmwood School proper was built in 1919 as a six classroom elementary school. The school was later replaced in 1930 with a new, eight classroom, two storey facility including a lower gymnasium space and library. In 1958, the Riverton Avenue school changed its name again, a result of the opening of Elmwood High School; the name River Elm School was decided upon. An addition in 1976 saw the construction of a new gymnasium, library, nursery and kindergarten spaces, three classrooms and administrative space.
The following is from an excerpt in the Manitoba Free Press in 1922. It deals with Beaver School which became Elmwood elementary and then River Elm School. “In 1901 the two-room Beaver school was erected on Talbot Avenue for the children attending the lower grades in the Martin school district. It was a frame construction built at a total cost of $325. In 1904 the school had 4 rooms built in the front of the original building at a cost of $10,000. Two years later, Elmwood area became a part of Winnipeg and the school became a part of the Winnipeg school board. The old school house is now a double dwelling on Talbot Avenue. At the time of its erection there was a controversy waged as to the most desirable location. The board of education decided that the current location was appropriate. The lot is 350 feet long down Talbot avenue and 145 feet deep. The building has accommodation for 300 students and at the present time 265 students learn within its walls.
Elmwood has gone through many changes in just a few years. It was a junior school teaching only grades 1-2 in 1909. As the population increased around the school students were taught up to grade 5. Pupils today are taught up to grade 6. After Elmwood they are transferred to Lord Selkirk School for junior high.”
Construction
Built: 1919
• Opened: November 1, 1919
• Original name: Elmwood School
• Renamed: River Elm School (1958)
• Contractor: Sutherland Construction Co.
• No. of rooms: 6
• Demolished: 1931
Replaced: 1931
• Opened: January 1931
• Name: Elmwood School (changed to River Elm
1958)
• Contractor: Barker & Co.
• Cost: $80,326
• No. of rooms; 8 classrooms, lower gym and library
Addition: 1977
• Official Opening: May 19, 1977
• No. of Rooms: gymnasium, library, nursery and kindergarten spaces, three classrooms and administrative space.
​
Back to top