Messages to the future

For the finale of WSD’s 150th anniversary celebrations, students from across the division are sending messages to the future through a special time capsule.

Unveiled during the Oct. 28 closing ceremonies at Tec Voc High School, the capsule will be sealed in the vaults at WSD’s Administration Building No. 1 and will be opened in 2046 by a new generation of students.

The WSD 150th anniversary and the time capsule project offered students an opportunity to reflect on life today and where we may be headed in the future.

“I think the past two years of isolation due to the pandemic are really going to be reflected in the time capsule, and I think that will give students in 25 years a different perspective,” said Collège Churchill High School student Lien Huynh, who served as emcee for the closing ceremonies.

The contents of the capsule include school-related memorabilia and artifacts, as well as students’ artwork, photographs and writing that captured the spirit and essence of life today.

Some students at Mulvey School were recently learning about mask making for an Inuit art unit with teacher Brenna Bacchus. The students contributed a special mask for the time capsule, which was made from a cast of Grade 3 student Winter Sinclair’s face. 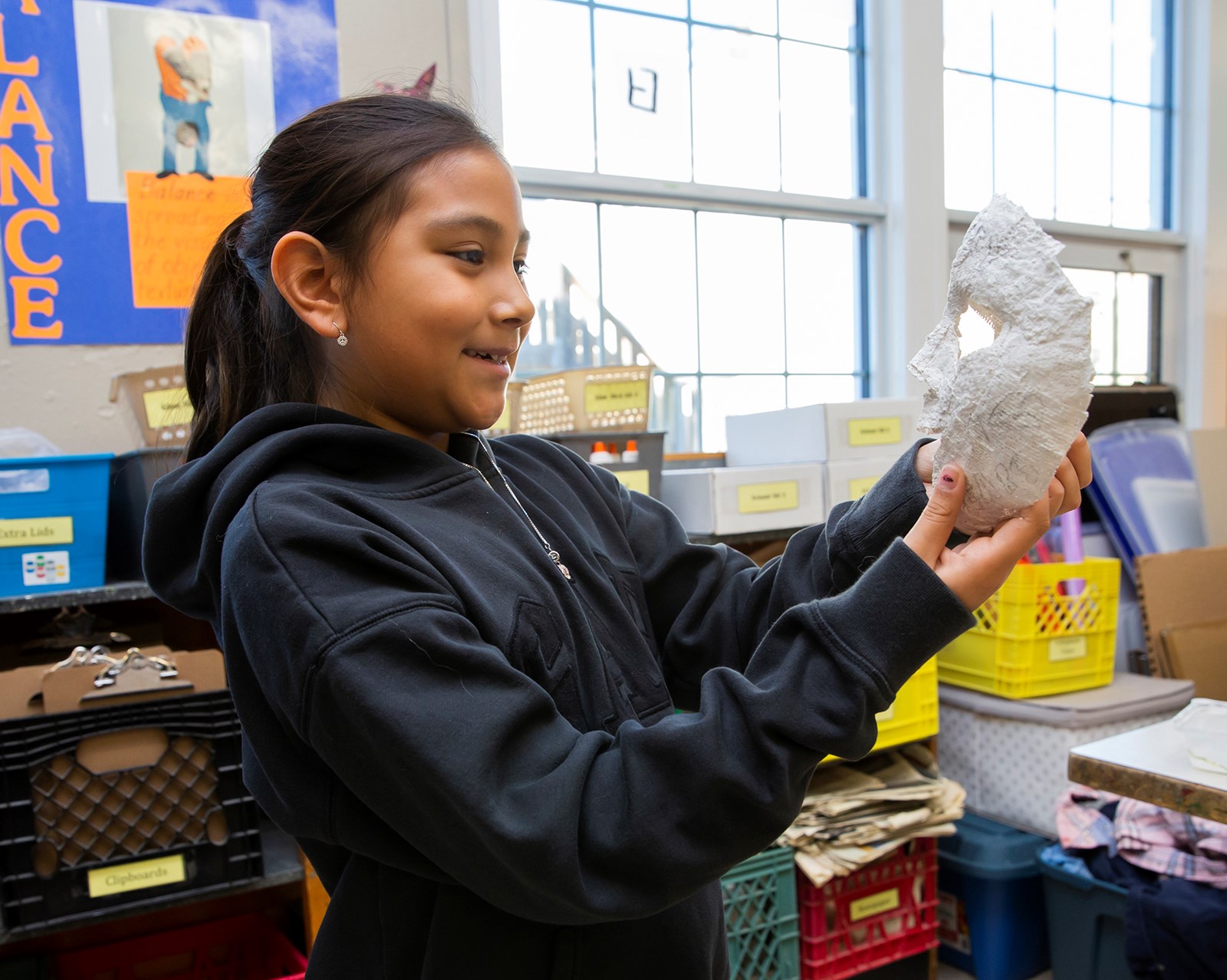 Mulvey student Yafa Ennabzki thought another type of mask—a Covid medical mask—would be an appropriate artifact from our generation.

“Hopefully Covid might be over by then,” Yafa said, when asked about her hopes for the future.

Rockwood teacher Stormy Roach and her Grade 5/6 students provided a copy of their school newspaper, Rockwood School News, for the time capsule. With students serving as the writers, editors and publishers of the paper during the school year, the publication is a window into their thoughts and milieu.

Rockwood students said that our current generation faces many challenges besides Covid.

“Currently the economy is kind of bad and gas prices are high, it’s getting harder for more working class people to buy stuff, and we also have global warming,” said Grade 5 student Daniel Yin.

While there are many world-sized problems out there, students said there are still many things to be thankful and excited about in their lives.

“My neighbour actually went to River Heights, the school I’m going to, and they said they had this one teacher that was really kind and helped out a lot, so that’s what I’m really excited about.” 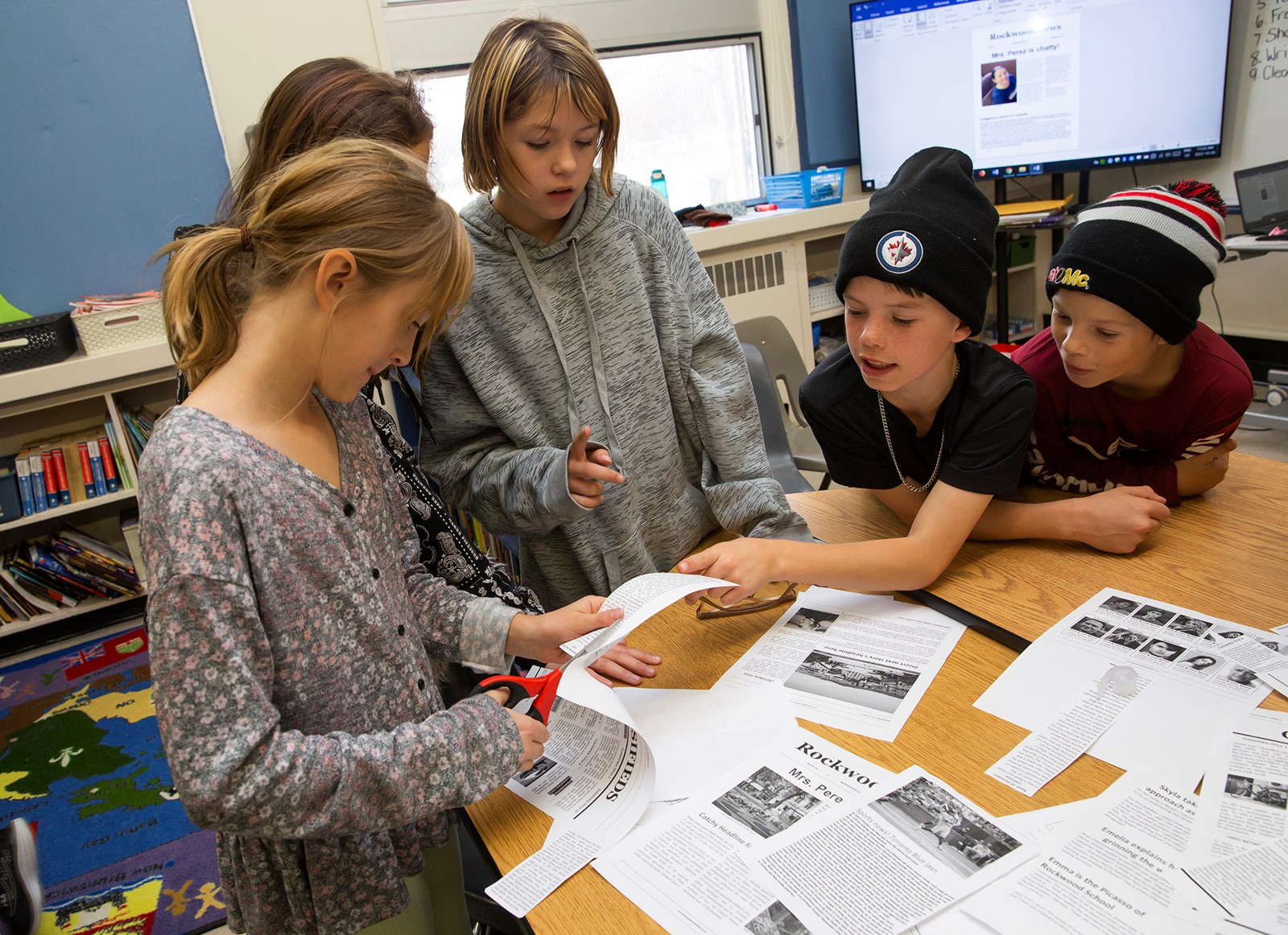 The Rockwood students had plenty of life advice for kids who are attending school 25 years from now.

Daniel advised students not to succumb to peer pressure: “Don’t be a troublemaker, try not to do bad stuff. Don’t be controlled by your friends and don’t do mean stuff just to be cool. And do good in school.”

Ayla offered encouragement to students who may be shy and have difficulty meeting new people.

“If you are one of those kids who thinks you don’t have any friends, at recess you should just go up to somebody and ask if you can hang out with them. Maybe you will make a new best friend.”

Children of the Earth High School

Children of the Earth High School art teacher Cynthia Flett and her students painted Ojibwe floral artwork for the capsule, as well as writing messages on the stems of the floral designs. 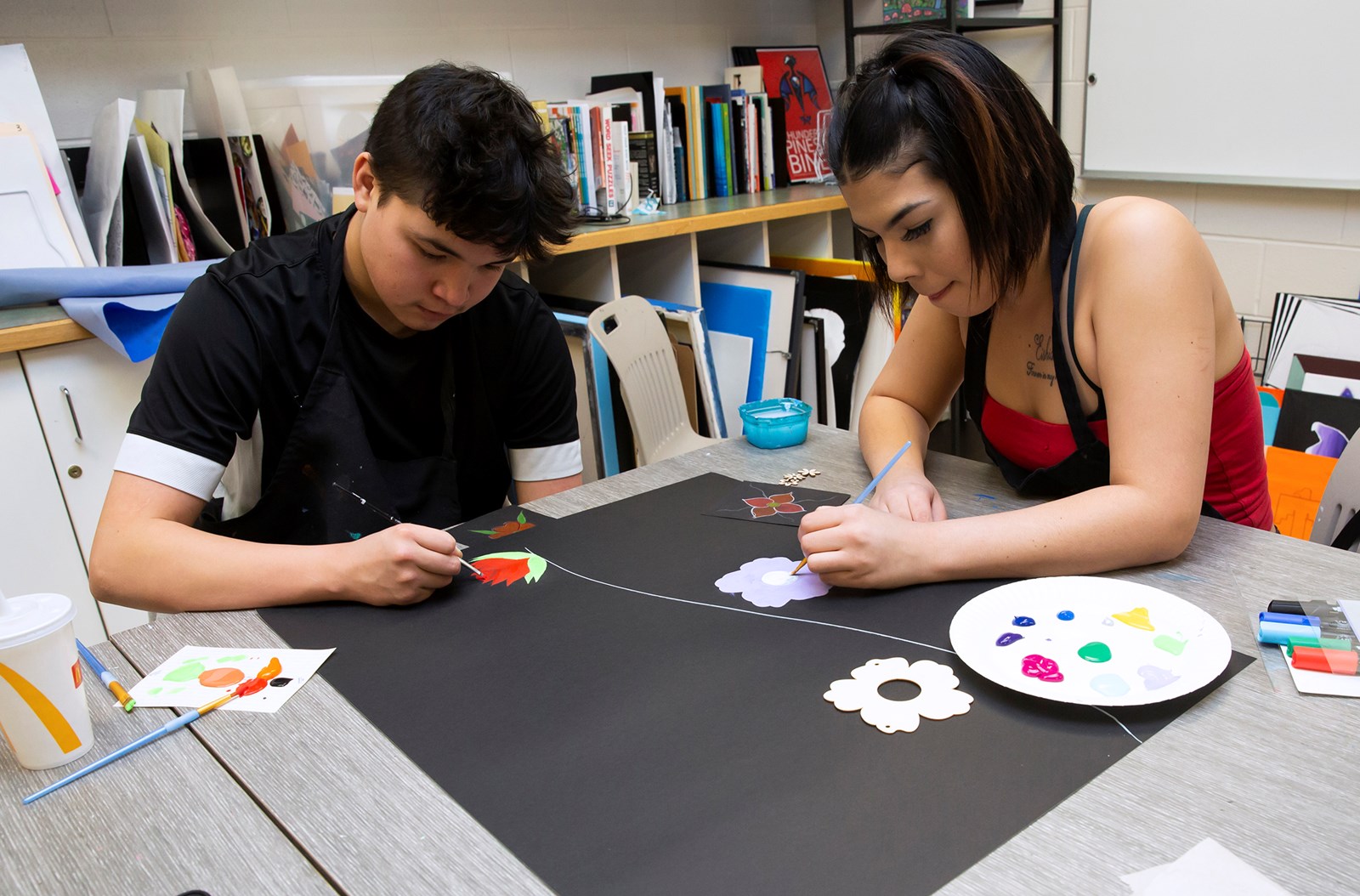 “We wanted to send a message to Indigenous youth of the future,” Ms. Flett said, adding that students did a visualization exercise and tried to imagine themselves 25 years from now. The COTE students realized they would be in their 40s when the capsule is opened.

“That helped students to think about what they wanted for the youth of the future,” Ms. Flett said. “There were a lot of messages about hoping that things would be easier for youth in 25 years, and hoping that they knew the importance of education and perseverance.” 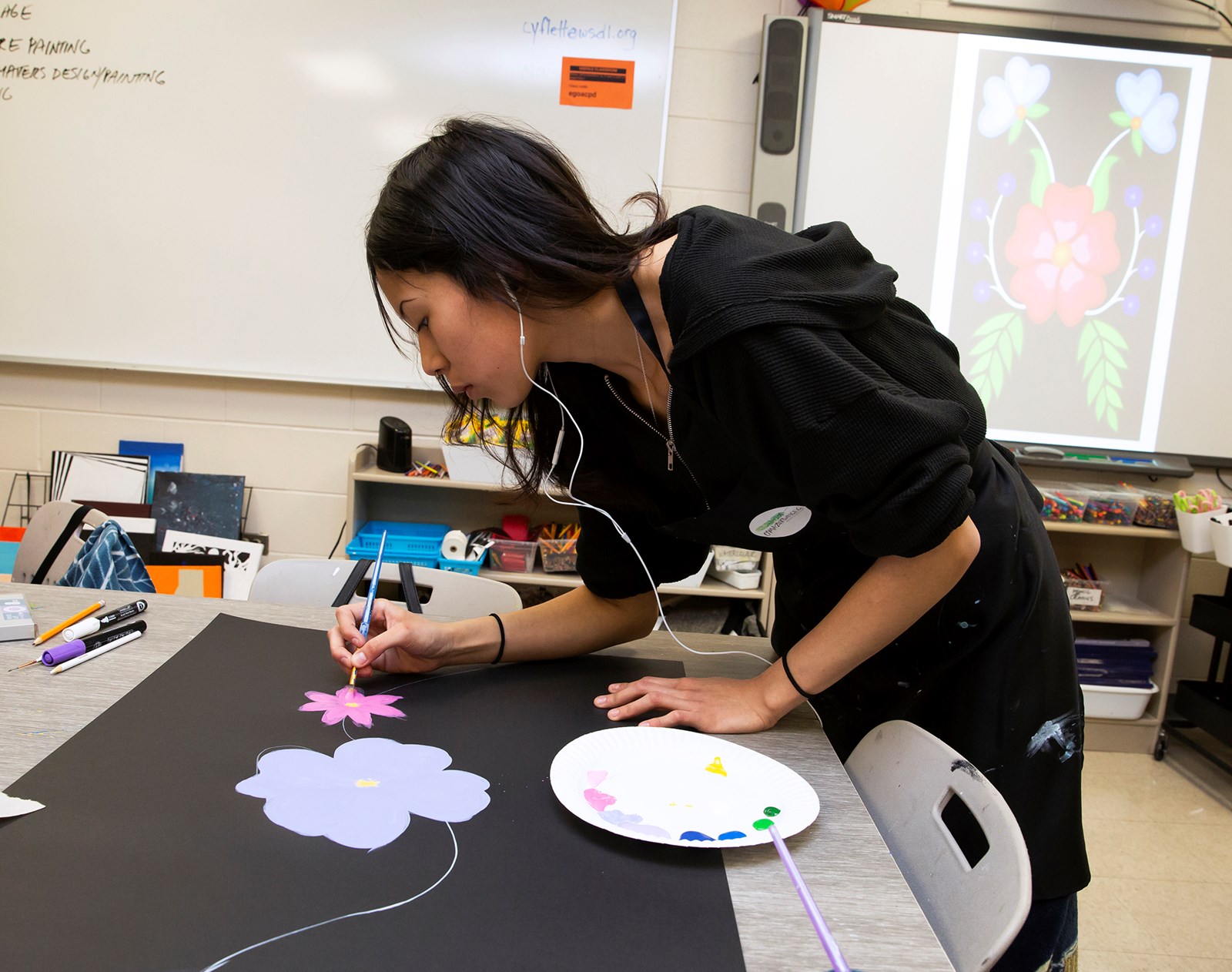 COTE student president Damian Garson and Grade 12 student Hailey Roulette were among those hoping for a kinder, gentler future.

“People just need to be kind to one another,” Hailey said. As for personal advice, Hailey told students to remember to “just be yourself.”

Damian encouraged tomorrow’s students to be true to their personal goals and dreams: “If you have a dream, follow it with all your heart. Don’t try to slow yourself down for anyone one else. You’re the train, and nobody should be able to stop you from getting to the next station.”

Sargent Park enlisted some of the school’s “Super Niners” for the time capsule project; the term refers to Grade 9 students who have studied at Sargent Park for their entire school careers to date.

Student Ayeesha Radovan painted a depiction of the Sargent Park flame (the school’s team name is the Flames), while Caylin Castillo and Jude Maligaya wrote extended letters for inclusion in the time capsule.

Both Caylin and Jude wrote about how this has been a year of adjustments for most students.

“I talked about how this is the first sort of normal year in a couple of years,” Jude said. “Masks aren’t required, there aren’t as many protocols, no more distancing, no more online learning, none of that. And sports are back to usual too.”

The Sargent Park students also had some life advice for the students of 2047.

“I would just say to try to keep everything balanced. Try your best at everything, but don’t pressure yourself into being perfect. Because everyone makes mistakes, and it’s just a lot of stress trying to be perfect,” Caylin said. “School is where you make mistakes.”

Jude said that treating others with respect was important.

“Having good manners and being respectful towards others, whether it’s teachers or other students, that will get you farther in life.”

When it came to timeless advice for students of any era, emcee and Grade 12 student Lien Huynh encouraged students to get involved at their schools and in the community.

“To have good leaders for tomorrow, we really just need young people to be more involved. They can create the future they want to see,” she said. “I really hope that the future we are starting to create today will be a positive one, and will reflect well for the students 25 years from now.”