February 4, 2021
Thank you to all students who attended this years athletic awards banquet which was held at the Marigold banquet room.  A special thanks to Mrs. Degrave and Ms. Gusberti for all their effort in planning the event.
Varsity Boys Most Valuable Player
Rinorm Munoz and Deang Capuno

Varsity Girls Most Valuable Player
For the 2011-2012 season, two of our players share the Outstanding Player Award because these two young ladies were equal in every way.  Their enthusiasm and efforts supported not only each other but also the entire team.  When one was down, the other brought her up.  Together, they were our best offensive players.  This year’s award for Outstanding Player goes to Angelica Baldon and Israelie Raymundo. 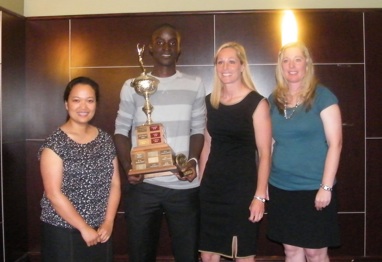 JV Girls Most Valuable Player
Jamie Quirante
The JV girls’ volleyball team had a very successful season this year. They went undefeated in regular season play but unfortunately had a disappointing end with a loss in the City Championships. Nevertheless, we had a great team of hard working and dedicated girls who made coaching this year a real pleasure.
Although it was very difficult to choose only one MVP for the year, there was one athlete who stood out among the rest. She is a true leader who leads by example. She came out nearly every morning to work on her skills and it was a real treat to watch her develop into a reliable setter. Her attitude and work ethic made her a pleasure to coach. Congratulations Jamie Quirante. 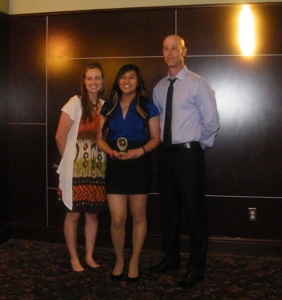