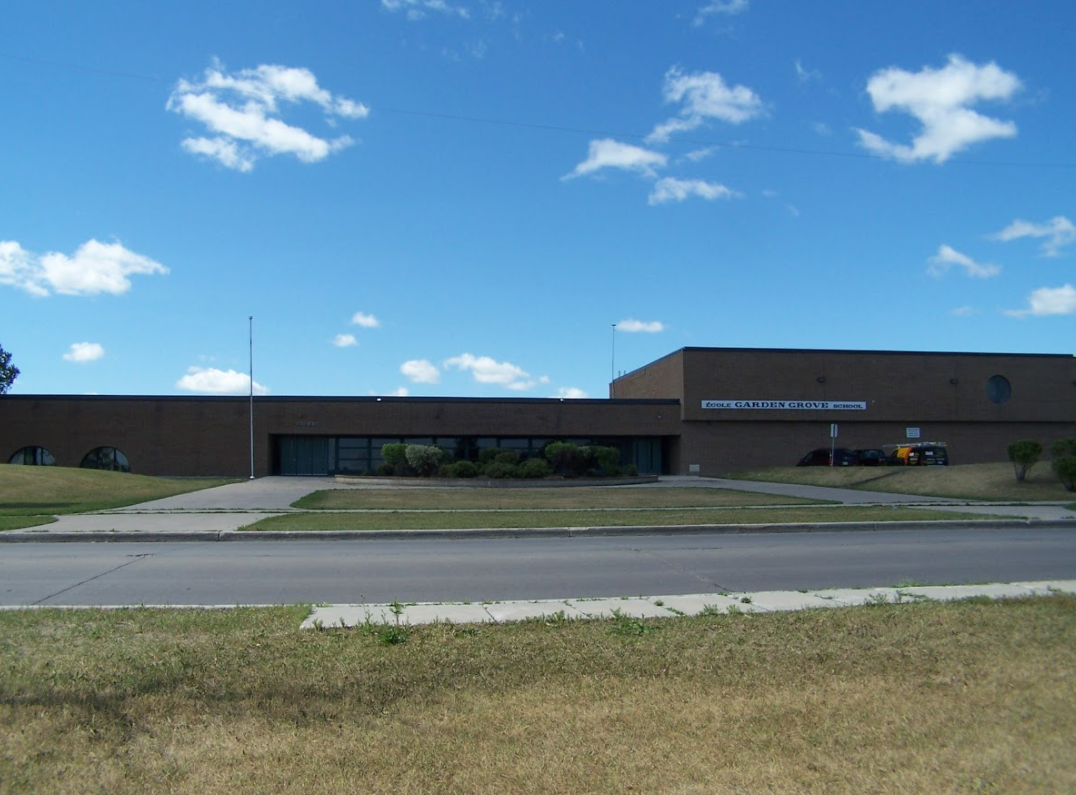 A notice of intent to construct a new elementary school in the Garden Grove area was first approved by the Winnipeg School Division Board of Trustees on May 10, 1977. The plan to build a new school was the result of increasing populations in the Lansdowne, Shaughnessy Park and Tyndall Park school neighbourhoods.

In the autumn of 1977, the Public Schools Finance Board approved the Notice of Intent and plans were preceded with and a contract to construct the school was awarded in February 1980. There are two basic components of the school: the classroom-library unit and the gymnasium multipurpose area. A modified open area concept consisted of four-three room areas and eight conventional classrooms plus a three room complex for nursery-kindergarten and preprimary classes.

Since the school opening, walls have been erected (some with folding doors between adjacent rooms.) The school first opened its doors to 145 students on January 5, 1981. Garden Grove is a dual track elementary school, i.e. students can be educated in either the French or English program. The cornerstone laying ceremony was held October 15, 1980.

A date box was also buried at the ceremony. The box contained a number of reports and other information including: Department of Education annual report, coins of the realm - 1980 - 1, 5, 10, 25 and 50 cent coins, The Winnipeg Free Press, Congratulatory letters from former Premier of Manitoba, Sterling Lyon and Lieutenant-Governor of Manitoba Bud Jobin, a copy of Our Schools ribbons containing the names of all pupils, and pictures of the school. Enrolment at Garden Grove has ranged from the 145 original students, to a peak of 738 students in 1987.