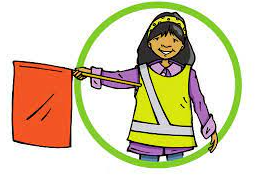 Our student patrol program is up and running again this year at Greenway! Patrols are busy before and after school making sure that Greenway students and families are able to cross streets safely.  Many thanks to the grade 5 and 6 patrols and to Mr Miler our Teacher Patrol Supervisor for all of their hard work.

We continue to have Adult Crossing Guards support our busiest corners around Greenway School before and after school as well.  We would like to thank them for their dedication to our students' safety, day in and day out.

If you have have any questions about the school patrol program, please feel free to let us know!

In 1909, Greenway School opened on the corner of St. Matthews Avenue at Burnell Street. It was a busy area and by 1919, Greenway School had expanded to be the largest elementary school in the city. Burnell Street was a little different than its neighboring streets. Rather than being predominantly residential, the block close to Portage Avenue became home to a number of industrial high traffic sites. Some of the businesses included the 'Canada Bread Bakery,' 'Bryce's Bakery,' 'Grey Goose Garage,' and the 'Crescent Ice Cream Plant.'

In 1935, given the amount of commercial and industrial vehicles passing by Greenway School everyday on    St. Matthews and up and down Burnell Street, school administration became concerned about children getting safely to and from school. Teacher Louise Staples was assigned with finding a solution. She later recounted to the Free Press: "I had to do something, kids were just running wild across the streets and I couldn't do everything myself. Someone was going to get killed."

Louise organized a group of the older boys, with Doug McGhee being the very first 'Patrol Captain,' (1935-36 school year) to patrol the intersections before and after school and at lunch time. The boys were issued with white 'Sam Browne' belts (see picture below) so that children and motorists would recognize them as 'Patrols.'

Louise Staples is well known for her work in founding the Canadian School Safety Program in 1936 and her work with the Winnipeg Police Department. The program flourished and in recognition of her work, the Louise Staples Award was established in 1964 and has been given out each year to a deserving school Patrol Captain in the greater Winnipeg area by the Winnipeg Police. A collection of her papers relating to School Patrols are held in the "Archives of Manitoba" Department.

Louise Staples worked as a teacher for 45 years. She taught at Somerset School from 1921-28 and then moved and taught at Greenway School #1 from 1928 until 1945. The Minnedosa born Staples left Greenway in 1945 to teach at Hugh John McDonald School prior to becoming Principal at Montcalm School from 1951-1964. She also served a term as President of the Business and Professional Women's Club before retiring in 1964. Louise Staples died in Winnipeg on March 23, 1988. 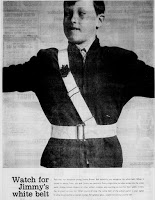