Super Chef Academy
Room 114 got to learn some cooking skills on March 20th, 2014.  Mrs. Gapka gave the students some chef hats to color and decorate.  A school bus came to pick up the students and they went to the Super Chef Academy.  The employees (like Captain Spatula and Princess of the Dairies) talked to Mrs. Gapka’s class about healthy eating and they got to learn about the four food groups.  Then the class got a chance to do some cooking!  The academy gave them aprons to wear while cooking so they wouldn’t get their clothes dirty.  One group got to make banana muffins, shamrock shakes, and a peach paradise smoothie!  There were fun activities to do until everyone was finished cooking.  Then the best part…. They got to eat the food!   Each of the students in room 114 got a certificate from Super Chef Academy that said “I’m a super chef!”  Then the bus brought them back to the school.
You know what else is awesome?  The employees at Super Chef Academy called Mrs. Gapka and told her that room 114 was so super great, that they want to put the students in a promotional video!  Mrs. Gapka was so excited that she told the whole class!
One of the leaders, Chef Anna, and her friends came and played a game of Mystery Food!  The students had to feel a mystery food inside a can and try to figure out the shape, size, and color by how it feels.  Then the class got their own Mystery Food Can to keep.  Room 114 is so lucky!  Here are some pictures of their adventure! 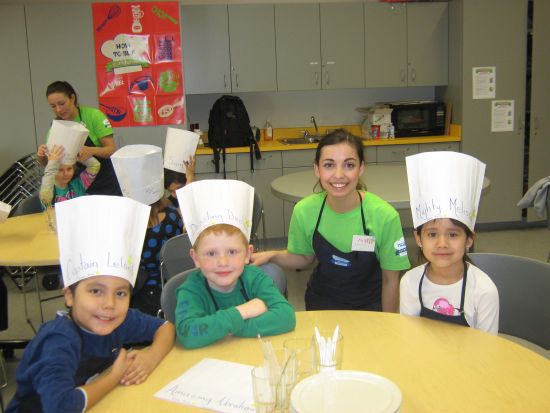 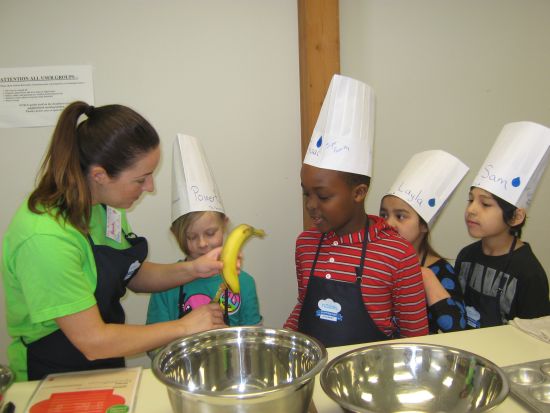 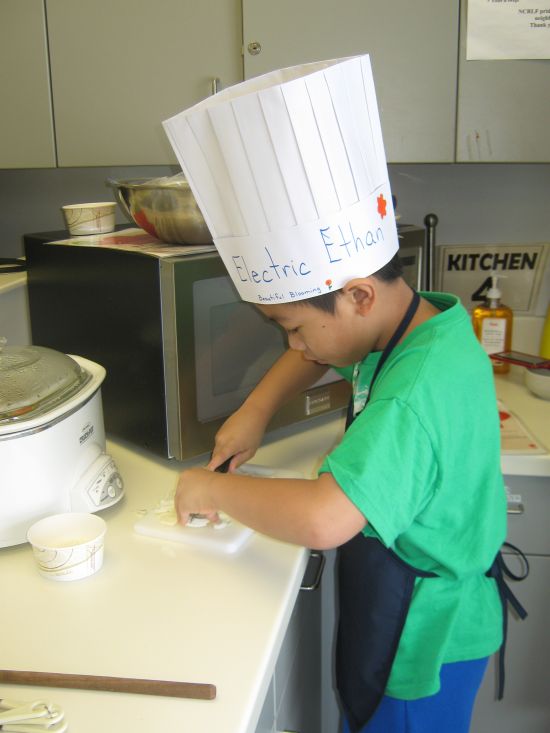 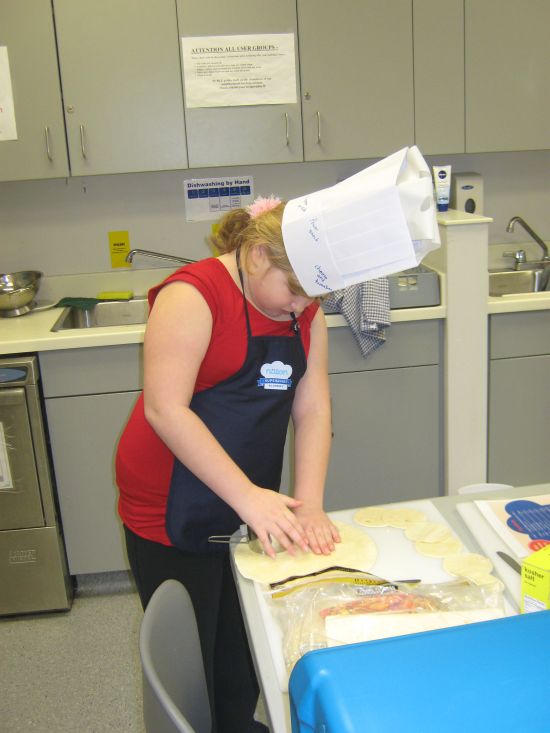 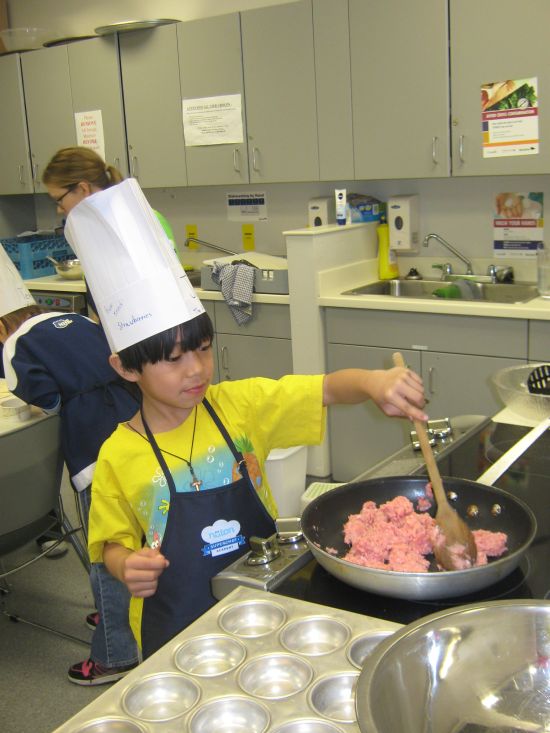 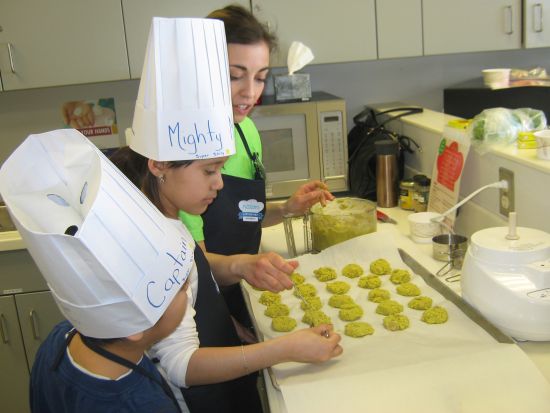