On February 21st, the Varsity Boys won the Zone 1 AAA Provincial position with a solid 91-80 win over the St. James Jimmies. They are heading to Provincials (March 15 to 17th) with and undefeated record over their 11 game season (they were 24 W – 1 L over the season including tournament games!). They are also in the semi-finals for their conference and hoping to move forward to the finals on Wed., Feb 28th when they play St. John’s. The semi-final game is at TecVoc at 4:30pm. Finals for the championship will be help at TecVoc on Friday, March 2nd at 7:00 pm. Good luck Varsity boys!! 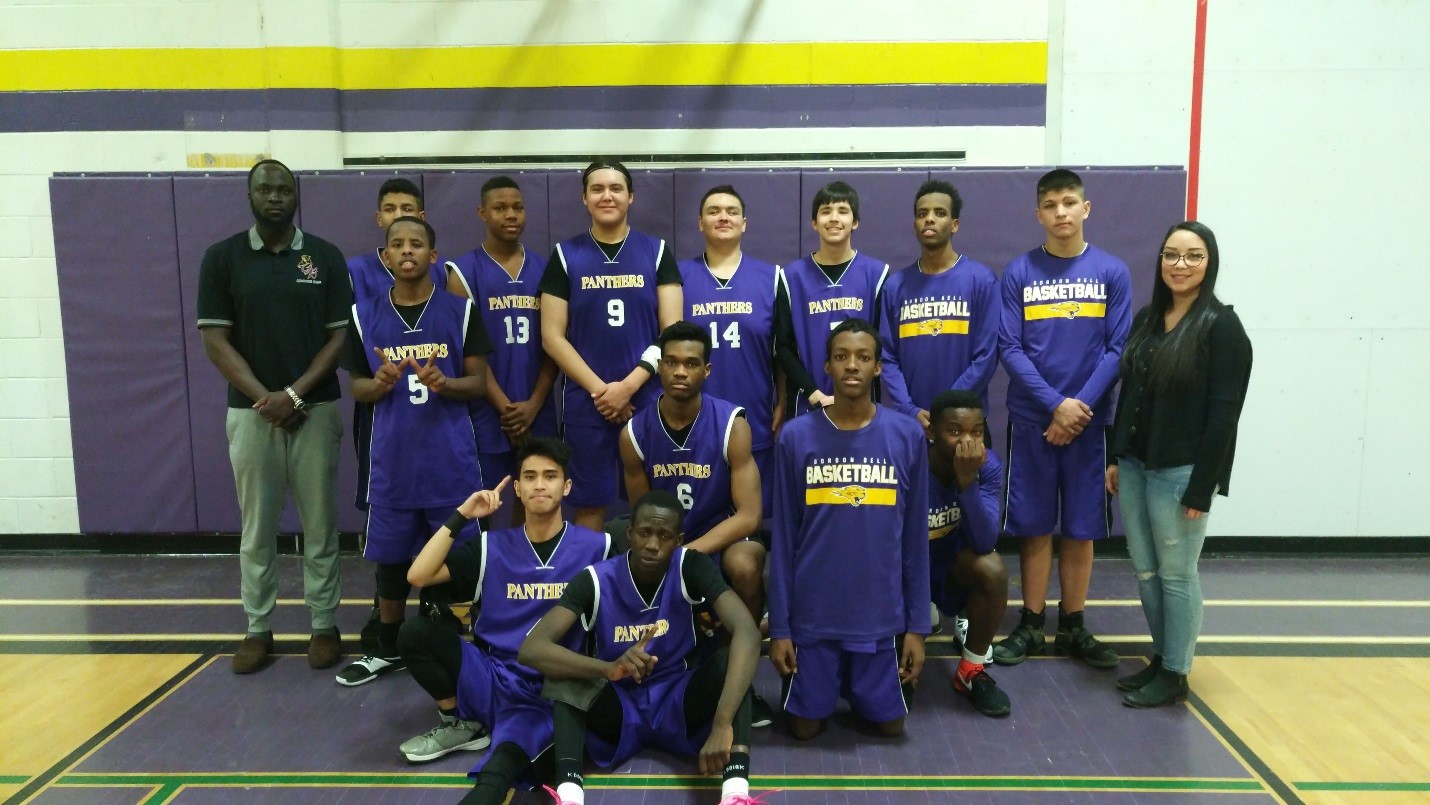 Congratulations to the Varsity Boys for winning our own Gordon Bell “Holiday Hoops” basketball Tournament! The boys stole the tournament, winning the championship game, versus Grant Park, 89-63! Victor Bell was chosen as Tournament MVP and Babala Ali was selected as a Team All-Star. Congratulations to all the Varsity boys. This season looks very promising!​