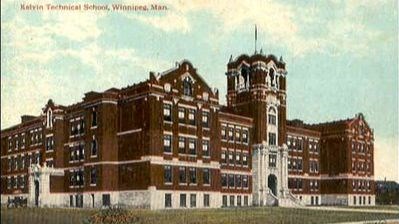 The first building, constructed in 1912, on the corner of Academy Road and Stafford Street, was known as Kelvin Technical High School. It housed high school students from grades 10 to 12. In 1964 the old building was replaced by the existing one and, over the years, the word “technical” was removed from the name as its meaning changed  for educational usage. In the 1995-96 school year, conforming to Department of Education guidelines, Grade 9 students were added, and the school also began to include Special Education students who were integrated into regular classes. During the 1996-97 school year Kelvin semestered some classes for the first time to provide flexibility to accommodate changes to curriculum and staffing.

Over the years Kelvin has established itself as an academic educational institution. It has had many graduates who have gone on to distinguish themselves in every field of endeavour. It also has a long tradition of excellence in athletics and fine arts. In various provincial and national competitions Kelvin groups have distinguished themselves with honours in athletics, musical competitions, debating events, Reach for the Top, etc. In recent years the school has taken a particular focus on Asian Pacific studies and has developed courses in culture and language, developed a twinning relationship with Seoul Foreign Language High School, and provided an Asian travel for interested students. This initiative, combined with opportunities tied to the French Immersion and International Baccalaureate Programs, has provided students with many interesting and educational experiences.

For a further look into Kelvin's history follow this link 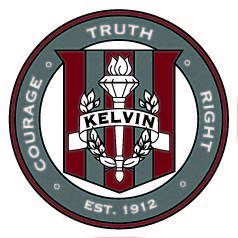