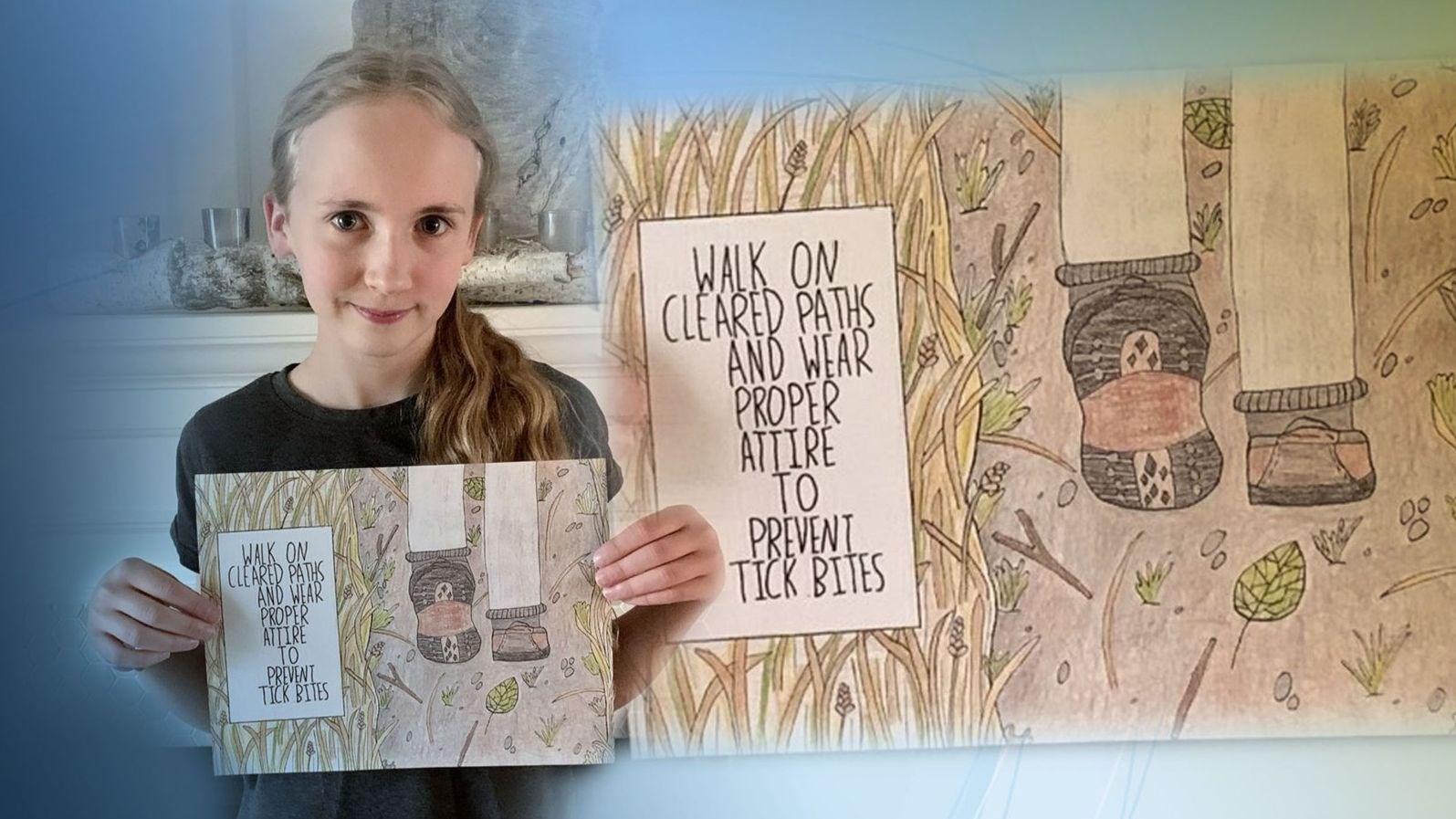 The theme of the contest was Infectious Disease and Climate Change: Awareness and Prevention in Your Community.

“I was very surprised and I could barely believe it. Out of more than 700 entries across Canada I won third place!” Heide said.

Heide’s winning drawing is of a person walking down a trail, bordered by tall grass. Her illustration is accompanied by a caption that reads, “Walk on cleared paths and wear proper attire to prevent tick bites.”

“Prevention of insect bites is an important message because insect bites can actually lead to serious illnesses and diseases,” Heide said.

“I did some research before creating my poster and I didn’t know that one of the ways to prevent tick bites is to wear light-coloured pants so that you can spot ticks easily. Also, you can tuck your pants into your socks to prevent ticks from getting to your skin. These were both represented in my poster.”

Prizes have been awarded to the national winner, national runner-up and regional winners for Atlantic Canada, Quebec, Ontario, the Prairies, British Columbia and the Territories.

“I received my Sphero BOLT and have set it up with the Sphero app,” Heide said. “From there I can program it to display characters on a LED matrix, drive it around, play games and more. It has been a lot of fun so far!”

Canadian Public Health Association announced the winners in May prior to the remote learning, so Heide was able to celebrate with her classmates.

“It was hard to believe that it was true and that it was really happening. The class cheered, clapped and celebrated with me,” Heide said.