WSD students from present and past impress at MIYAA

Due to the pandemic, the Manitoba Indigenous Youth Achievement Awards (MIYAA) were given out at three separate virtual awards celebrations on Feb. 2, March 8 and April 6.

MIYAA annually recognizes the outstanding achievements of Manitoba’s Indigenous youth. Recipients are chosen by committees made up of Indigenous youth from the community. The committees look for youth who exhibit high standards of excellence, dedication, leadership and accomplishments in the areas of Academics, Athletics, Art, Culture, Community/Volunteer, Business/Entrepreneurial, Health, Personal Achievement and Employment in a Traditional Field.

Six of this year’s recipients were either current or former WSD students. These latest winners add to an already sizeable list of past WSD recipients at the annual awards show. 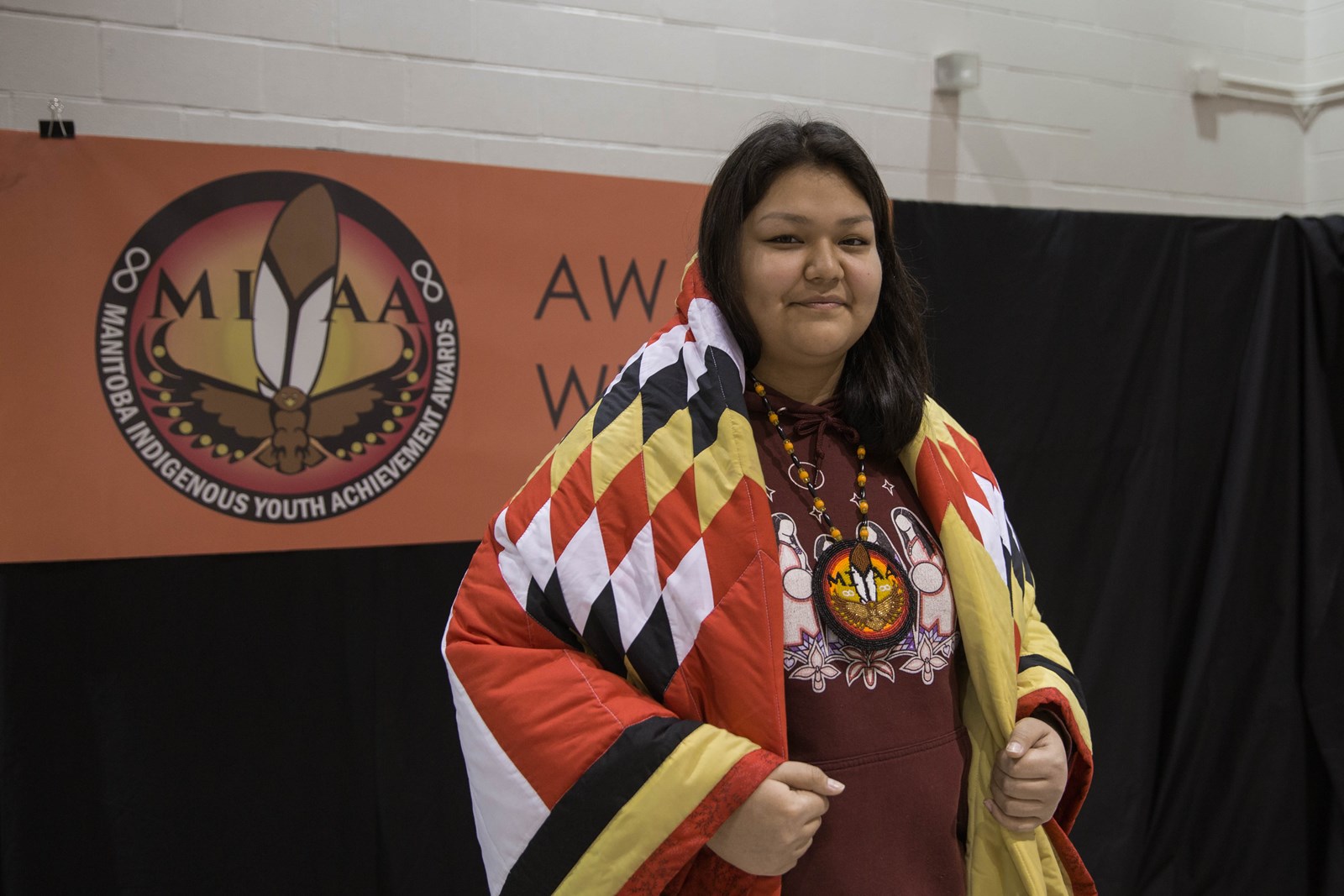 Bianca graduated from Children of the Earth High School as part of the Class of 2018. Her teachers watched Bianca grow throughout the years; she has found her confidence and impacted her community.

"I'm very proud of how far I have come; it took me a while to find my voice. I was a quiet kid, especially in school. Now, I am working with students as a student/parent support worker and sing in the community," Bianca said.

Bianca expressed her desire to one day go into psychology or social work; she also hopes to continue doing land-based activities with Indigenous youth in care. 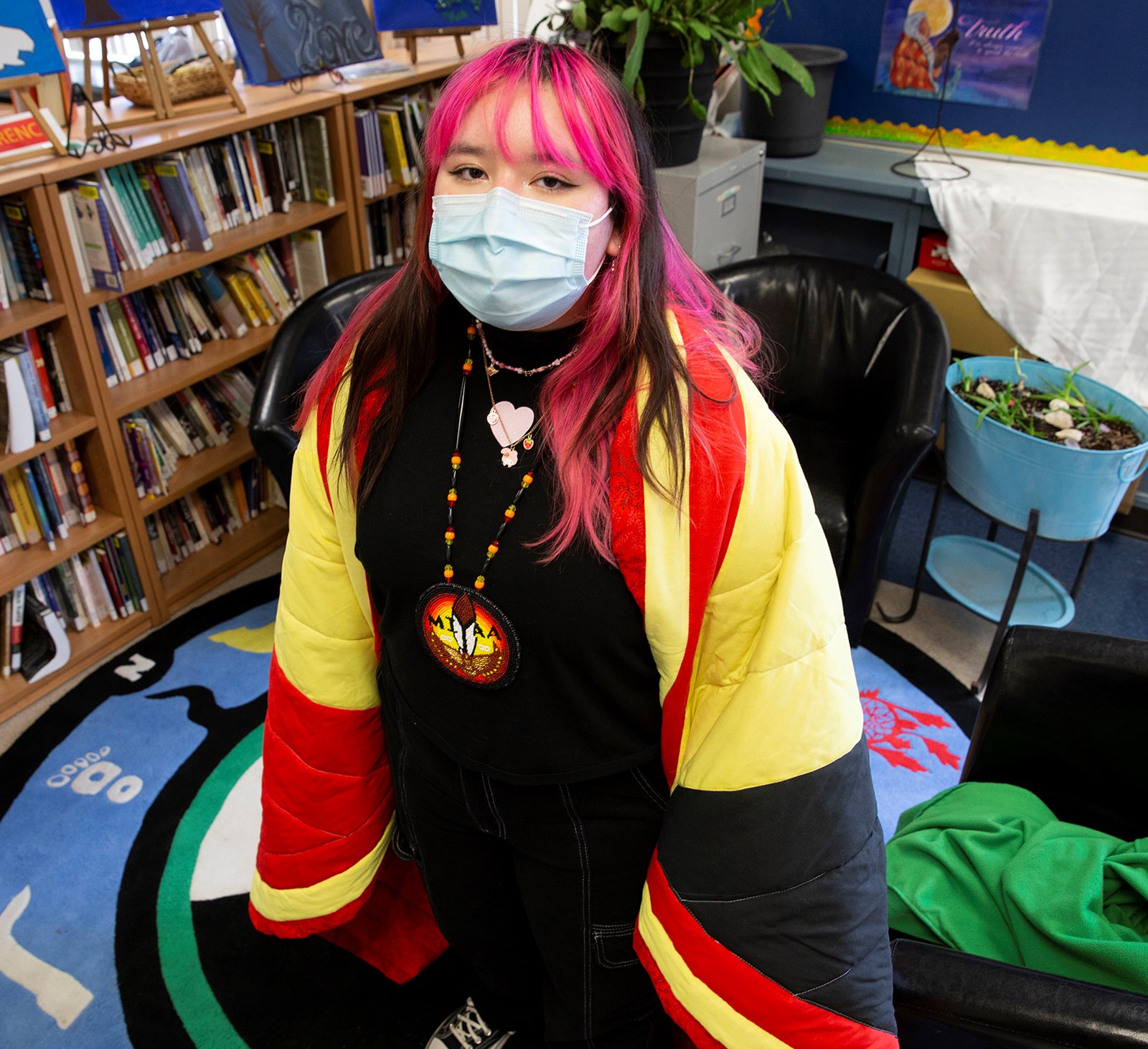 Natalie is currently enrolled at Argyle and studying in the Build From Within program.

The program brings together WSD, the University of Winnipeg’s Faculty of Education, Indspire Canada and other service providers to develop a pathway for Indigenous high school students to become teachers.

“I had a few teachers who inspired me to try really hard on my grades. One of them was Erin Enns, my English teacher in Grade 10. She accepted me and encouraged me to take on my Indigenous identity more. Before that I wasn’t really embracing my culture.”

She also credits teacher Tala Gammon for encouraging her dreams of becoming a teacher, and her Indigenous Grad Coach Jeremy Haines, who suggested she pursue a MIYAA award and enter Build From Within.

“Having a support system behind you is clearly the backbone of reaching big accomplishments like this award…I had that at St. John’s and it has landed me here (at Argyle) and into this program.”

Natalie is known as a driven student who pursues and achieves exceptional grades.

“I really wanted to make myself proud. I could see potential in myself and I had lots of people tell me that I had the potential to do good things.” 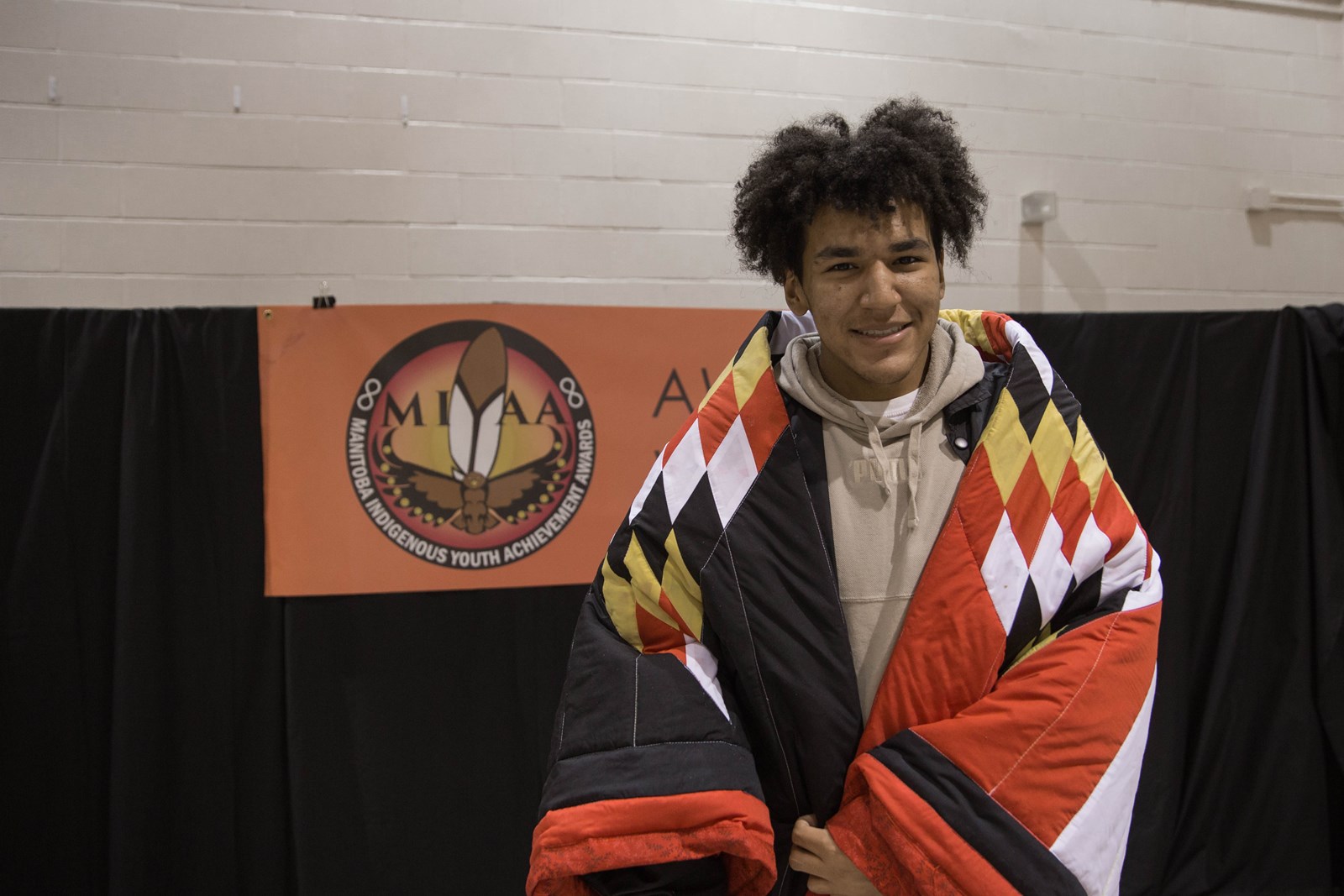 Damian has always maintained a strong work ethic and is committed to both his education and his family. Although Damian has faced some personal challenges, he continues to maintain excellent attendance with high academic achievement.

The Grade 11 student is part of the Medical Careers Exploration Program and is the President of the Student Council. He is also involved with CEDA’s Pathways to Education: Building Bridges, and Breaking Barriers Program. Damian is a role model, with strong leadership skills and is a great conversationalist.

"This award has a lot of significance for me. I work hard, and getting the award, shows my work is paying off," Damian said.

Damian hopes to bring more athletic programs to the North End to provide youth with valuable opportunities for personal development and physical activity. 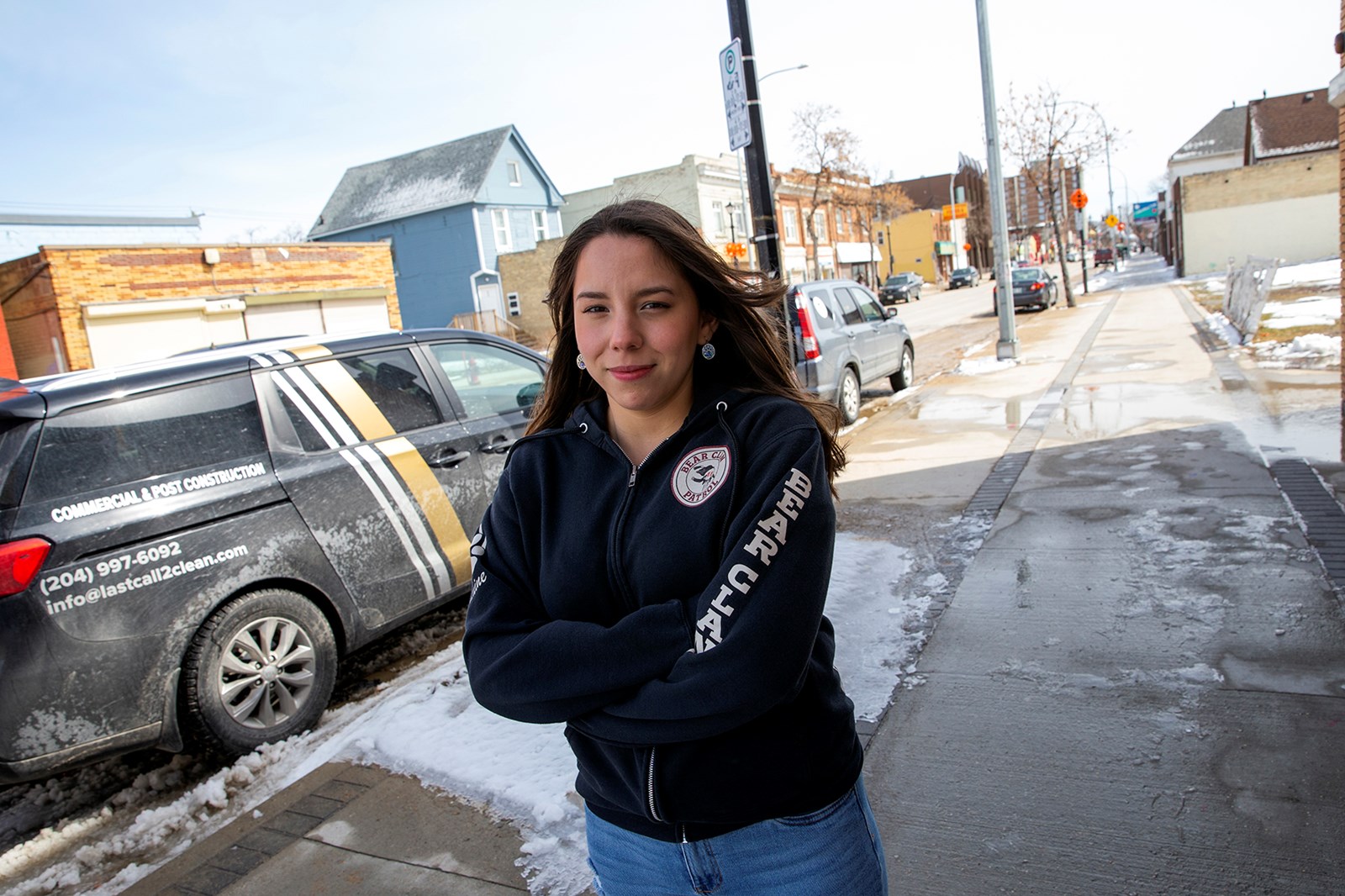 Since graduating from R.B. Russell in 2017, Rose has been actively involved in volunteering and working full time.

“Young people should definitely look into volunteering, you never know when it could turn into a job,” said Rose, who is also a member of Sagkeeng First Nation.

The Bear Clan Patrol offers a safe, positive presence in the community; a lot of the job is building relationships with people in the neighbourhood.

Rose has been involved with many community groups over the years, such as the Indian & Métis Friendship Centre of Winnipeg, the Manitoba Advocate for Children and Youth and others.

“I strive in becoming the best version of myself by breaking cycles that have been woven so deep into my story.  I want to be a great leader, helper, be a voice for myself, the youth, the community and for those that had their voice taken.” 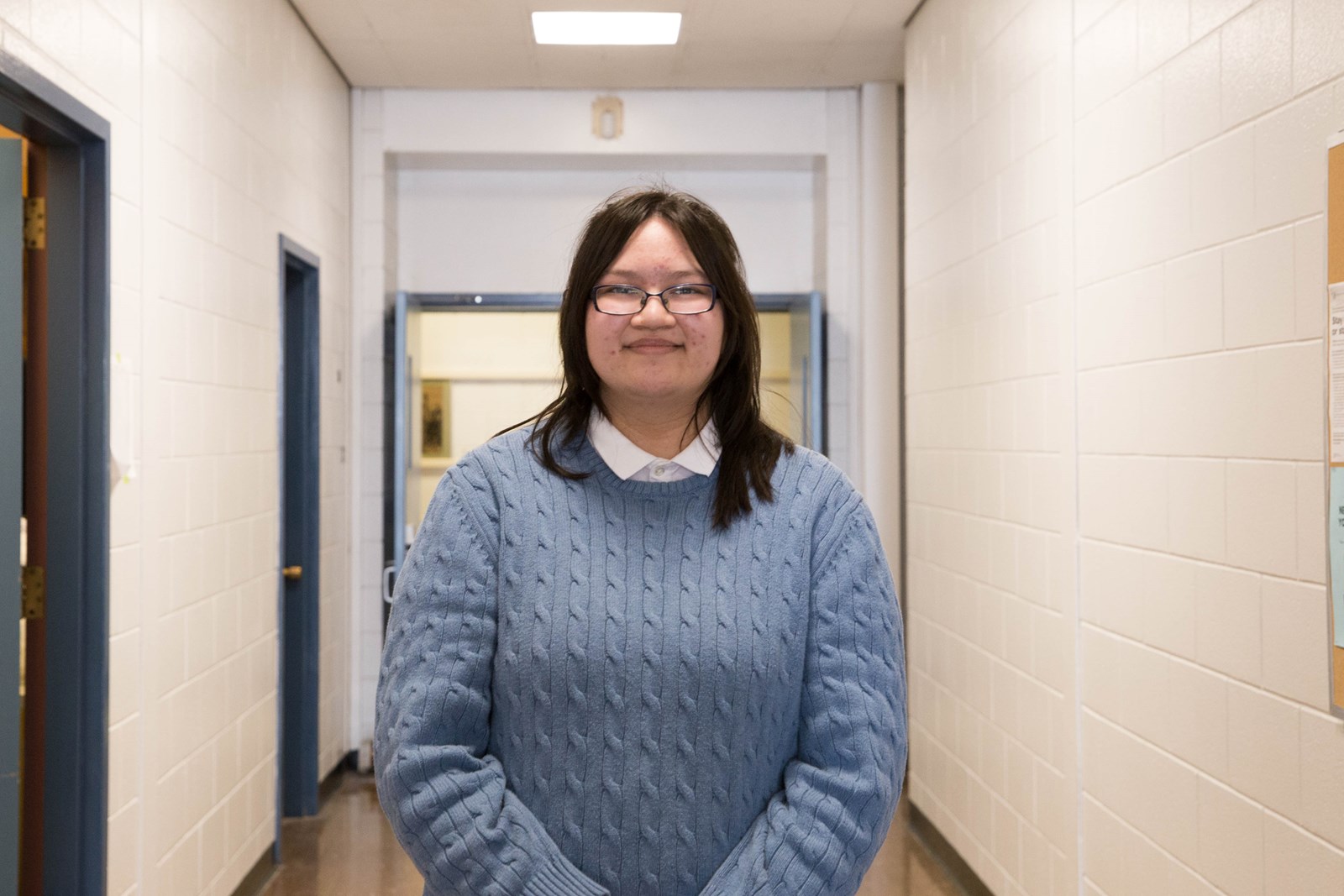 Winner of the James Golick Grant for Women in Computology

Kiara is currently a post-grad student at Sisler, where she is enrolled in the CREATE program.

The entertainment arts training program provides high school and post-high students with educational and career pathways to the creative industries in Canadian and global markets.

Kiara has been actively involved in a project that uses the Seven Sacred Indigenous Teachings to educate teachers and students through virtual reality.

"I'm thrilled. My mom and grandmother are proud of me. It is overall encouraging, getting an Indigenous award and accomplishing this from the hard work I did," Kiara said.

Kiara is one of 16 students who received a full-ride scholarship to Vancouver Film School. She plans to go and study 2D animation in February 2023.

"I want to go down the 2D animation career path but hopefully move into illustration eventually," she said. “This award is a high honour for me.” 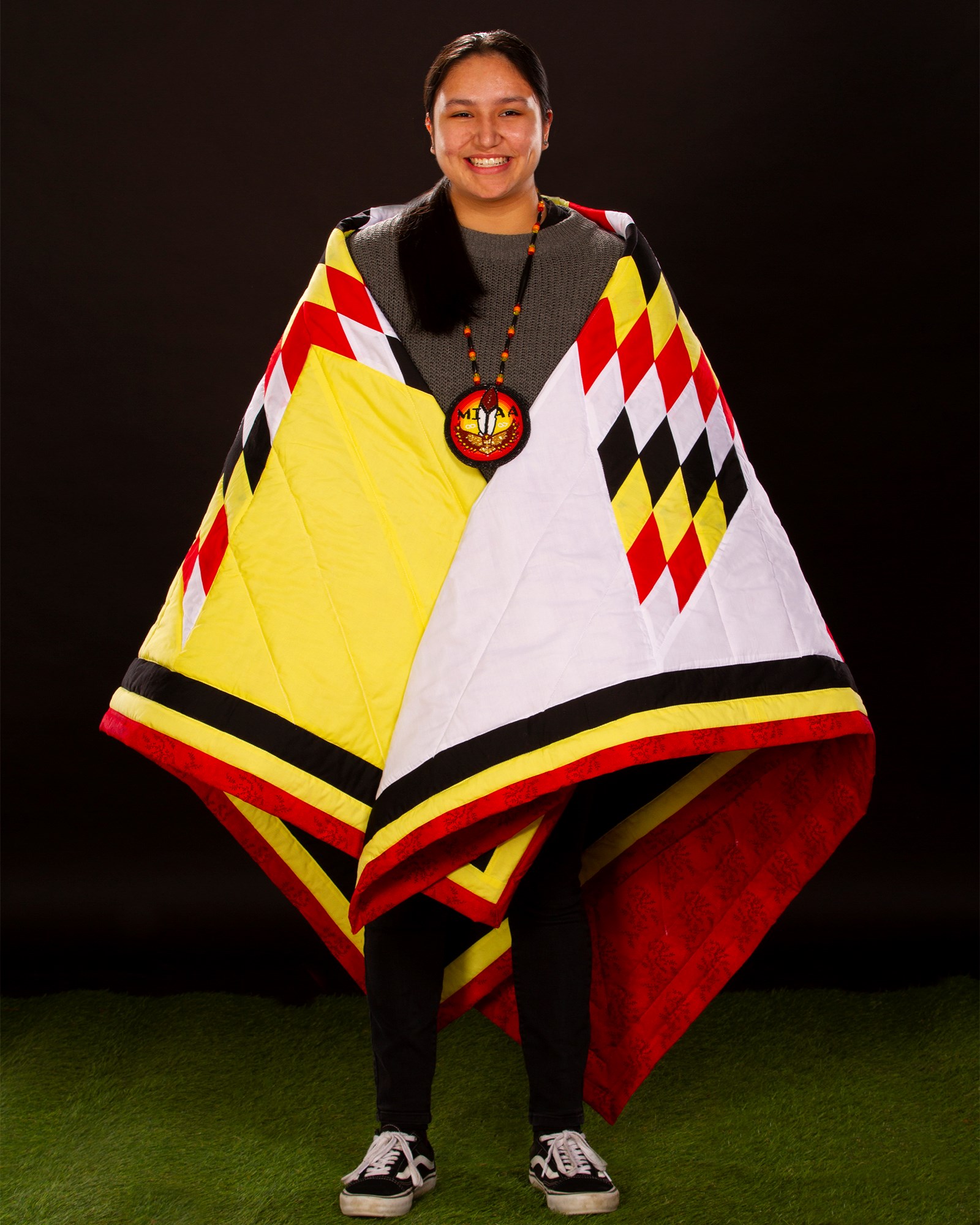 Jayze received recognition for her extensive contributions to various athletics, both within the Indigenous community and at Tec Voc. She is a volleyball and basketball player who finds her joy and quiet strength in athletics.

"It was exciting to receive the MIYAA award for athletics,” Jayze said. “By playing sports, I learn trust, respect and teamwork. It has helped me in many areas of my life.”

Jayze plans to continue her close association with athletics in her post-secondary education. After graduation this year, she wants to study Kinesiology at the University of Winnipeg with the hope of becoming an athletic therapist.