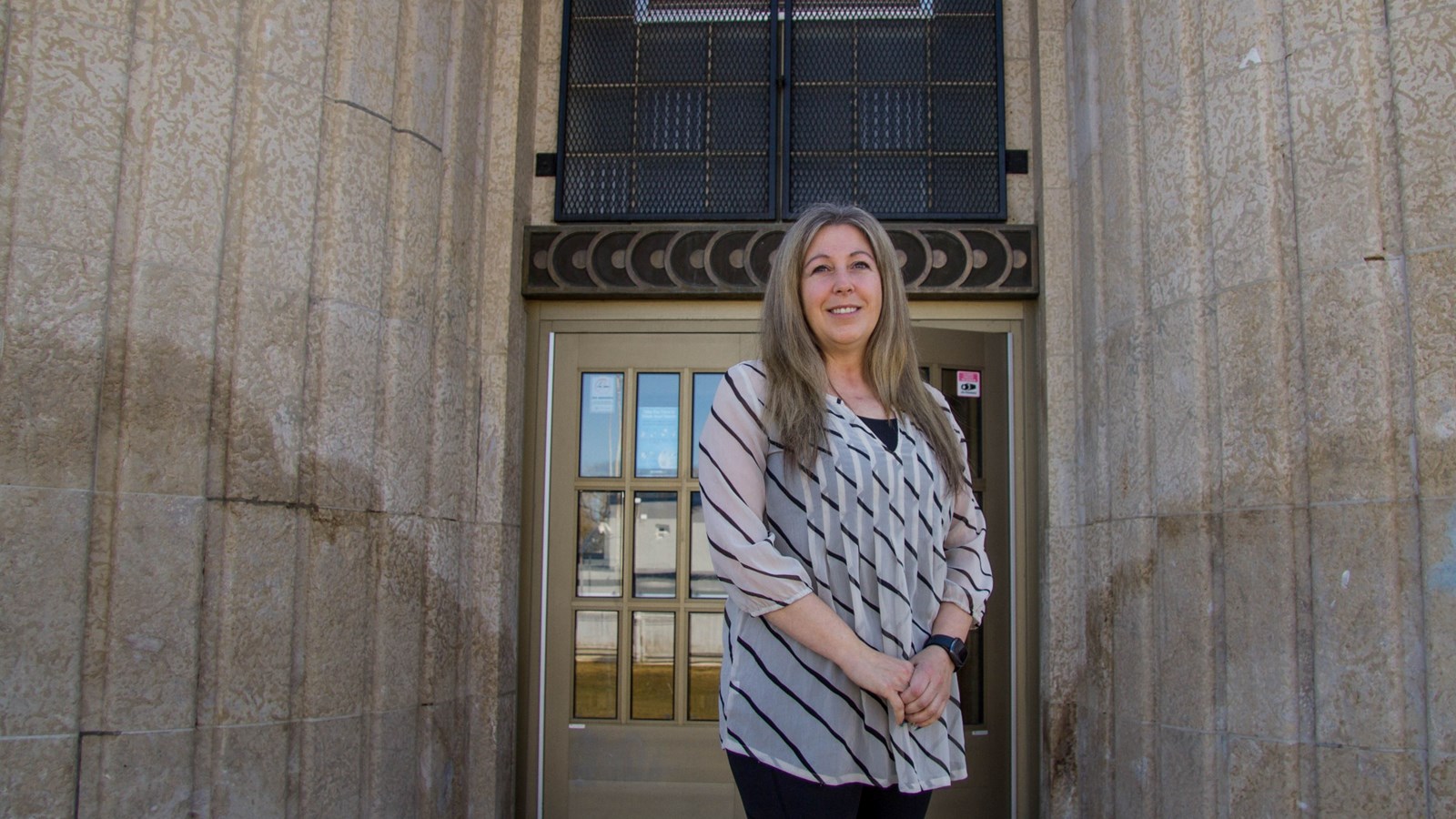 An École River Heights School teacher was recently presented with one of Manitoba’s highest honours for educators.

The educator was nominated by Diane Ledo and Maya Diaz Hammond, who Tétrault mentored through WSD's Professional Learning and Leadership Centre. They both recognized her efforts in contributing to education and the empowerment she gives to all students.

Tétrault has spearheaded numerous initiatives at River Heights. In her role as an Inclusive Education Resource Teacher, she has tackled projects such as creating a sensory path at the school (a sensory path is a series of markings on the floor and wall that guide students through movements to build gross motor skills and work off excess energy). She also obtained sports hijabs for Muslim students to participate in athletics, and was involved with providing water safety training for new Canadian students.

As an IB coordinator, Tétrault has taken many courses and become educated to share and inform teachers at River Heights. She leads all professional development for staff and shares information with parents and educators through multiple mediums such as video and print.

"Every student is an International Baccalaureate student, and it's all-inclusive,” Tétrault said. “It's inquiry-based learning and about teaching the skills to be a good learner. "

Tétrault said the International Baccalaureate certification process wouldn’t have been possible without the support of several different administrations at River Heights.

“We have had many different administrators since this process started and I want to thank all of them,” Tétrault said.

The educator is also involved with athletics at River Heights, serving as a water polo coach. The unique athletic program provides a wide-variety of students with the opportunity to find success and enjoy the many benefits of physical activity.

"One of the biggest things I'm most proud of is being a water polo coach. Over the years, we've had students who've never played a sport, students on the autism spectrum, and students with severe behavioural issues. They all find a place there on the team. Many of these students come back to help coach," Tétrault said.

When Tétrault reflects on her role, she says that she values the trust she has built with the River Heights school community.

"Trust is the most important thing for me. Having families trust I will do the best for them, and teachers trust me to support them,” Tétrault said. “This award is an honour because it shows that the students, parents and staff trust me.”