On March 10th & 11th the Gordon Bell Theatre Company put on their production of Arsenic and Old Lace.

The cast of 13 actors, along with their director (Julie Simpson), assistant director (Candace Oyugi), and stage manager (the person writing this article: Carly Peters), rehearsed almost every weekday after school from November until the show. It was a motley crew of people with a few years to a few minutes of acting experience on stage and on screen, which was a great opportunity for them to bring all of their different skills to the table and to learn from each other. 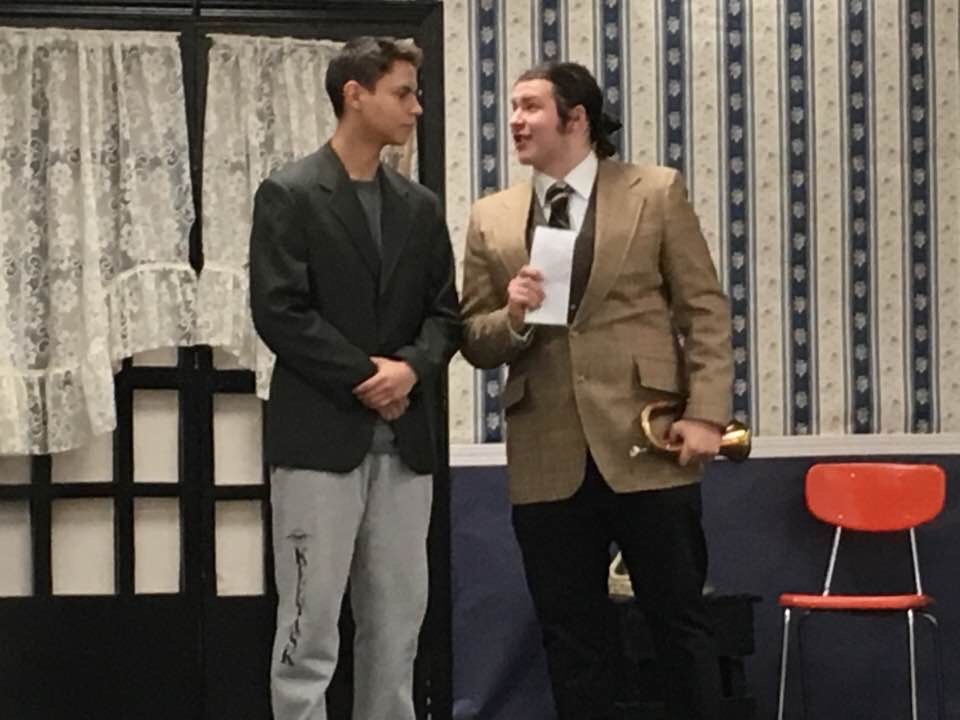 Rehearsing wasn't the easiest process what with everyone having a different busy schedule and unexpected personal challenges, but everyone made sacrifices for the commitment they made to putting on a show worth seeing.

Both trying to get the other out of the house for fear of them being murdered, fondly dubbed "The Mortimer Manoeuvre" (Brad Fairbairn, Randel Sinclair)

When show day came along everyone was a bundle of emotion and nerves. The big day consisted of running around finding costume pieces we were still missing, setting up lights and sound, and of course, rehearsing. It was crunch time, which is my favourite time! My unofficial job that day as stage manager was reminding/forcing our frazzled, panicked director to drink water, eat (our trusty lighting guy Korrdel Christian was always ready to do a Tim's run for the sake of keeping her alive and on her feet) and to breathe. 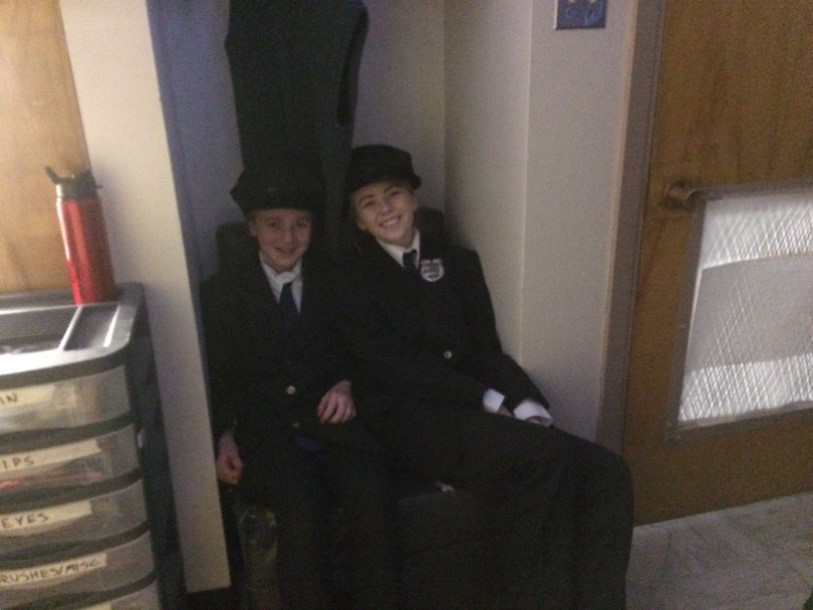 The relief you feel after (and sometimes during) a run of the show in front of an audience is like no other feeling. There were times I found myself jumping for joy backstage when someone aced a line they'd had trouble with or something tricky ran smoothly (moving a fake dead body has its challenges). 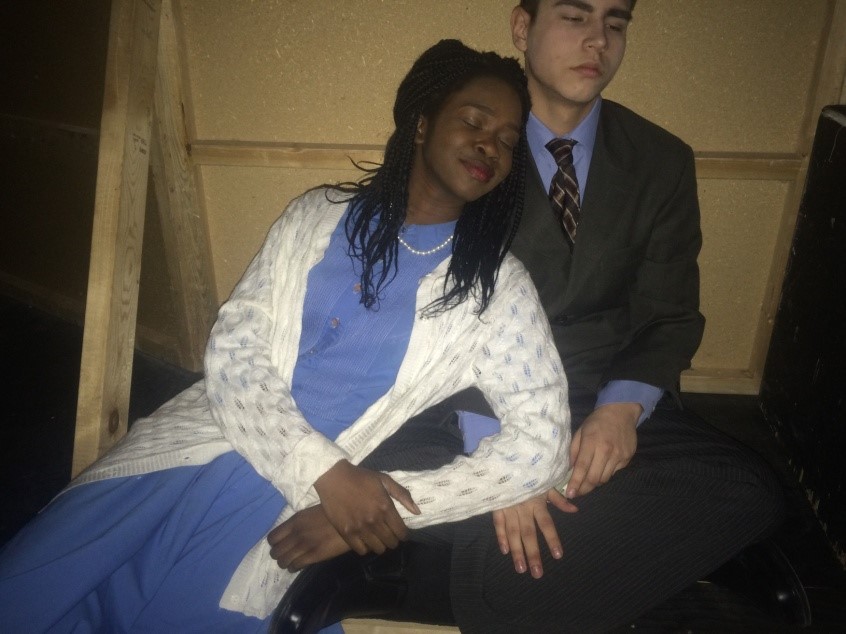 Putting together a show under the direction of someone who has a real passion for theatre and with actors who have incredible talent, diligence, and positivity is one of the most rewarding experiences I've ever had. This may sound cheesy but these actors poured their hearts and souls into their roles, roles meaning their roles in the play and roles as friends to their cast and crew members, always ready to give some kind words or a helping hand.

After the last run of the show everyone felt that same relief multiplied, along with the sadness that comes with finishing something we worked hard on and realizing we won't see all of these people every day anymore. We are now all trying to support each other through our post-show depression, wondering what to do with all our newfound free time, and waiting for next year!

The chief of police on his day off (Adam Koop)