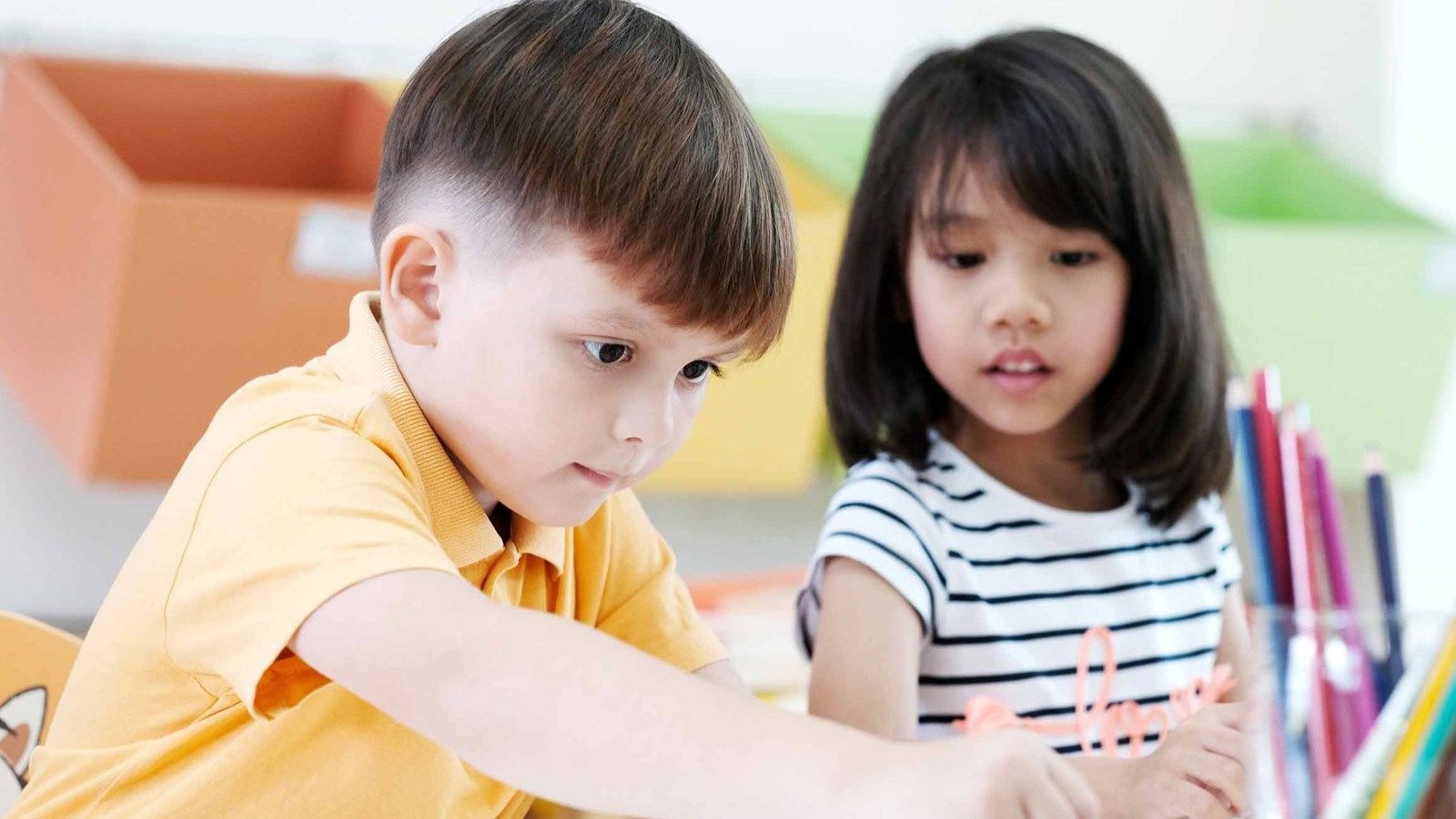 The intent of the pilot was to identify any gaps in academic performance for students at an early age and provide an enriched environment where the students’ overall social, emotional, cognitive and physical development could benefit from such a program.

“We started the pilot program with four schools, basing that selection on highest socio-economic need, location, enrolment and space availability, and by 2019/2020, had expanded it to 11 schools to encompass all of the wards within the division,” said Celia Caetano-Gomes, Superintendent of Education. “The theory is that the longer school day of full-day Kindergarten would provide more time for play-based exploration, development of project and teacher-child interaction.” Half-day Kindergarten is offered at all WSD elementary schools either in the morning or the afternoon for two and a half hours. Full-day Kindergarten is three hours in the morning, an hour lunch break followed by a two-and-a-half-hour afternoon session.

“The pilot evaluated using several tools over a three-year period from when the children were in Kindergarten to the year they completed Grade 2,” said Caetano-Gomes. “We looked at report card data, social emotional development scale, strengths and difficulties questionnaire, WSD English (ELA) and Math assessments, student and family demographics and student attendance.”

“The WSD Board of Trustees has decided to end the pilot program, based on net outcome comparisons of academic performance in Grade 2 between full-day and half-day Kindergarten student groups,” concluded Caetano-Gomes. “What we can draw from this pilot project is that, overall, our early-years students are exceptionally resilient and gain the full measure of preparation for their future learning through the two-and-a-half hours a day of half-day Kindergarten.”

Caetano-Gomes said the division continues to explore opportunities that may contribute to students’ continuous learning outcomes. 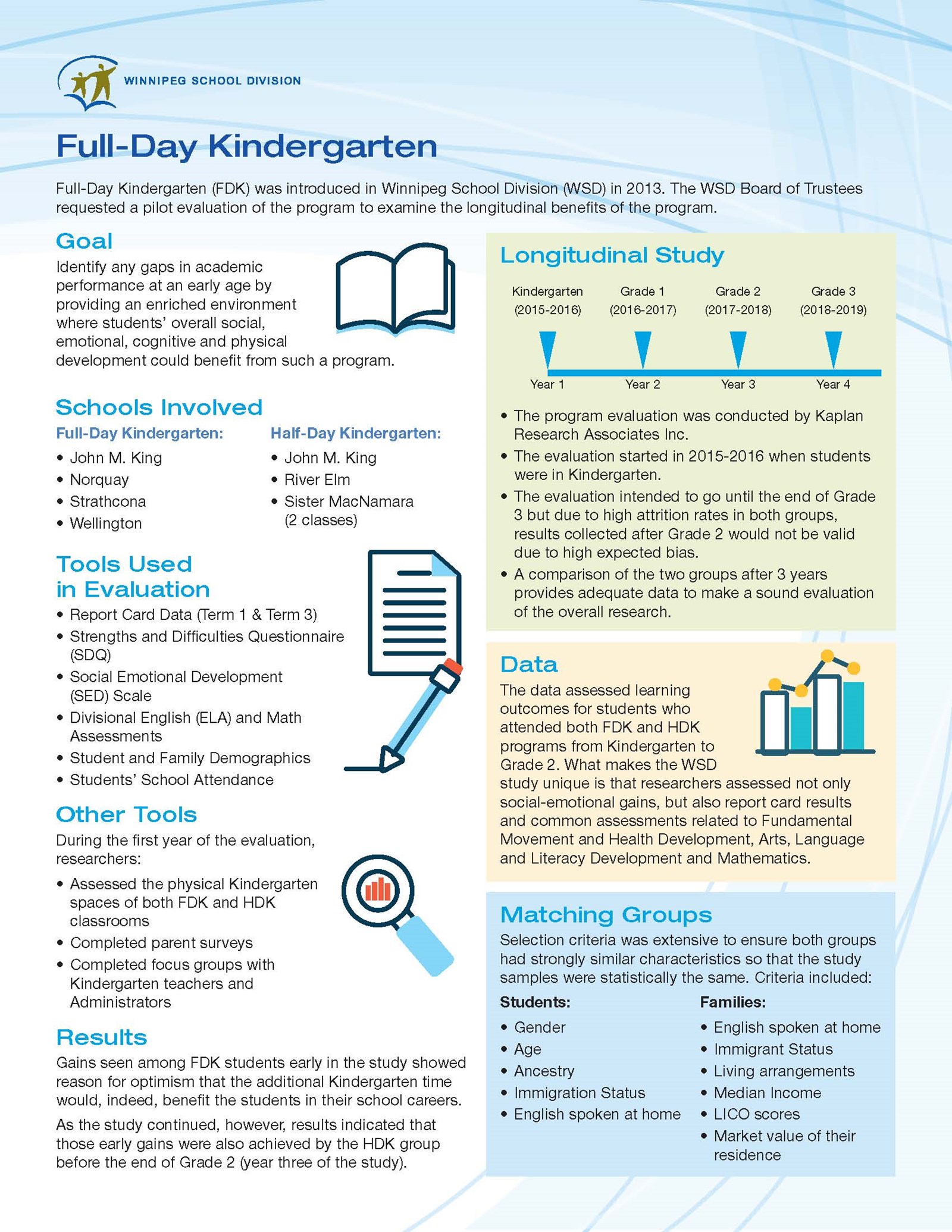 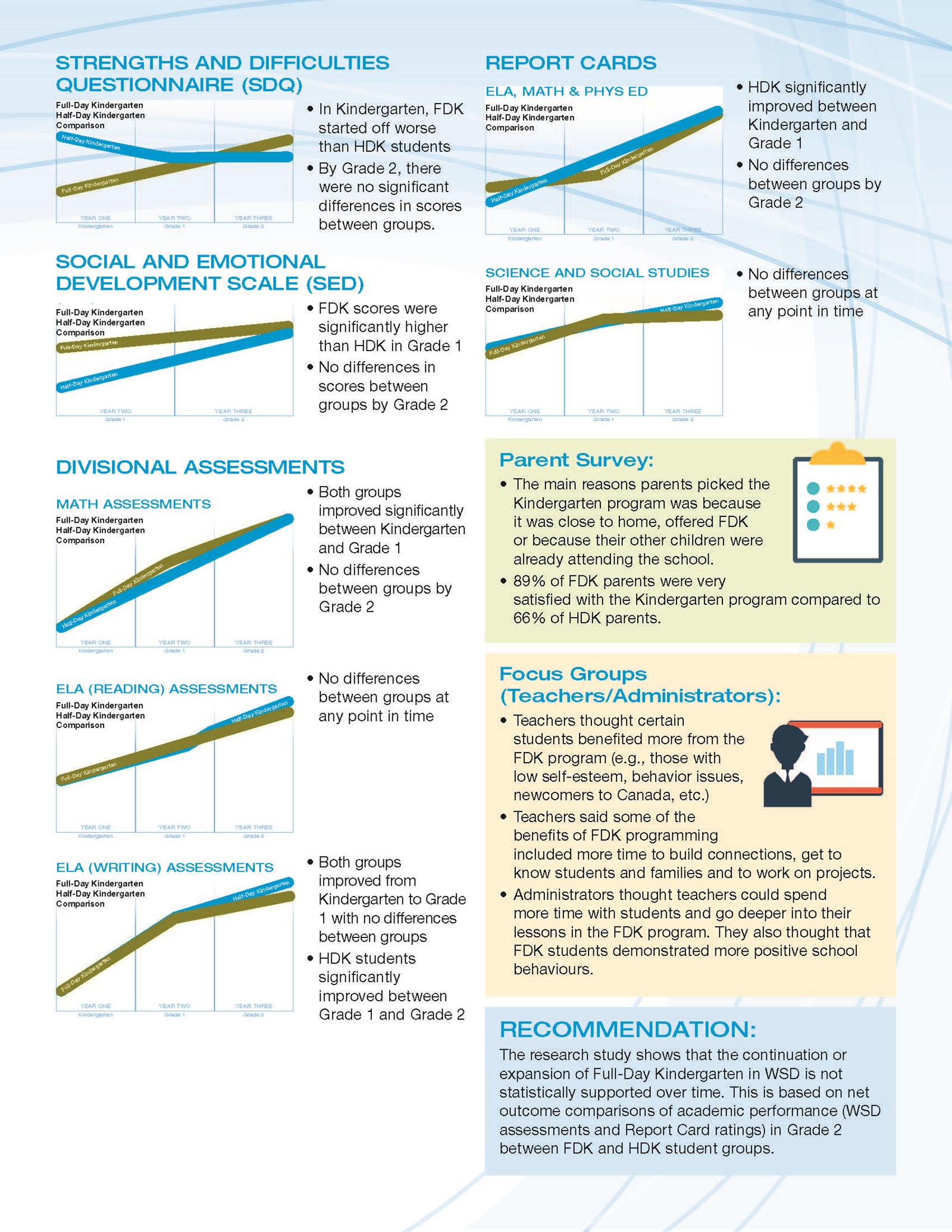