The History of the Winnipeg Adult Education Centre (WAEC) is closely linked to that of Isbister School, the building it occupies at 310 Vaughan Street in downtown Winnipeg. Designated a heritage building in 1984 by the Historic Sites Advisory Board of Manitoba, Isbister School is the oldest surviving public school in Winnipeg, and one of the oldest in the province. 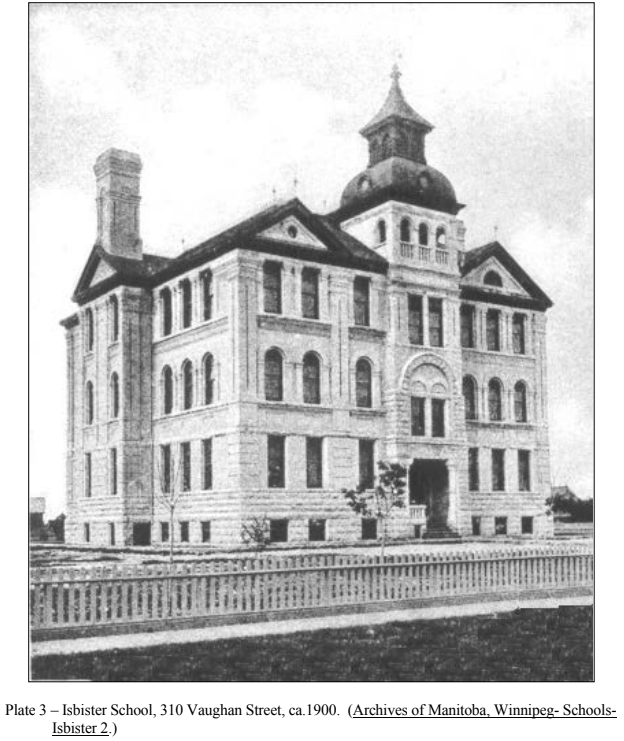 Isbister School was built during 1898-1899 at a cost of $29,336.00 and was named after Alexander Kennedy Isbister (1822-1883), an educator of Scottish and Cree parentage. The architect who designed the building was Samuel Hooper (later the first Provincial Architect) and the contractors were Sutherland and Wood. Construction began during the third week of June, 1898, with the official cornerstone laying ceremony taking place on the 26th of September, 1898. On March 27, 1899, Isbister School officially opened and welcomed its first pupils.

The building is a fine example of what is known as the Queen Anne Revival style of architecture. This eclectic style, which features irregularity of design and variety of detail, symbolizes the wealth and success of the newly rich, for Winnipeg in the late 19th century. The school had ten classrooms, a playroom in the basement and an assembly hall on the third floor, later converted into two additional classrooms. The classrooms were spacious and well illuminated, with cloak rooms in each room, and blackboards and wainscoting along the walls. Block and column trim set off the doorways, and the classroom ceilings were composed of embossed sheet metal; colourful stained-glass panels with floral motifs topped the large windows.

That these splendid touches to the interior of the building had a purpose and were not of a frivolous nature was confirmed in the 1899 Annual Report by the Winnipeg Public School Board:

The character of the finishing, the pleasant effect of the colouring in the furniture, walls and ceilings has an important value as one of the educational influences by which the children are affected. With no museums or picture galleries or other agencies for the cultivation of taste and promotion of art amongst us, it is important that the school should not fail in its duty in this respect, for no educational agencies have greater claims on the ground of utility alone than those concerned with the education of taste.

For more information about the style, design, and construction if Isbister School, click here.

During the early years, the building was used as an elementary school and for meetings of such organizations as the British Association for the Advancement of Science and for lip reading classes. In later years, the school population declined and it was closed in June 1964. In September 1967, Isbister School became the Winnipeg Adult Education Centre. (The WAEC had originally opened in a renovated elementary school at 30 Argyle Street in 1966 with an enrolment of 174 students, before moving to Vaughan St.) 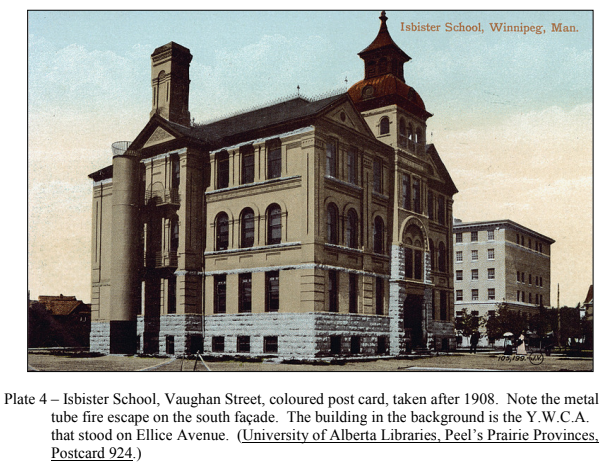 In February 1971 a class for pregnant students was established and administered by the WAEC. The program was designed to offer an educational alternative to students who became pregnant and did not wish to continue in their home school during their pregnancy. At first, the classes were housed in the YWCA, and in 1981, with an enrolment of 57 students, the program moved to Argyle School. For a more thorough history of the Adolescent Parent Centre, click here.

By 1982, crowded classrooms at WAEC became a major concern. The building only had 15 rooms for an enrolment of more than 700 students. To alleviate this stress, several portable classrooms were set-up on the school yard.

Programming continued to grow. Out of concern about adolescent parenting, individuals from St. Stephen’s Broadway United Church formed an incorporated board: The Program for Adolescent Parents and Infant Development (P.A.P.I.D.) Funding was provided through Manitoba Education and the Winnipeg School Division, with classes beginning in April 1986 in the basement of St. Stephen’s. The WAEC, under contract to Corrections Services Canada, also provided staff and programming for the Stony Mountain Institution Program.

For the academic year of 1989 – 1990, there were 1325 students enrolled in September, and 1431 students in February. That year, 145 students completed their requirements for high school graduation and 178 certificates were granted for the achievement of standing in grades 9, 10, and 11. In the fall of 1990, 56 students from the WAEC entered the University of Manitoba, 35 enrolled at the University of Winnipeg, and Red River Community College accepted 83 applications from the WAEC. These statistics do not include the thousands of students who improved their reading, writing, and math skills by attending the WAEC, or those students who advanced their academic standing to enter other post-secondary programs or gain employment. 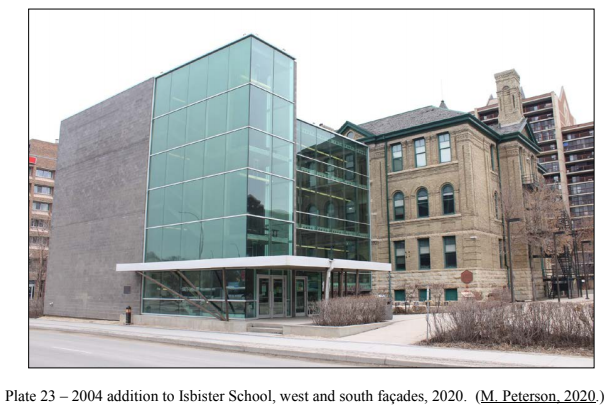 Throughout the 1990s, the popularity of programs offered at the WAEC in the Isbister School made it clear that more teaching space was required. After several unsuccessful attempts, plans were finally approved by the Provincial Funding agency to construct a new 12,000 square foot addition on the west side of Isbister School. This addition was officially opened in 2004.

The Winnipeg Adult Education Centre continues to be a vibrant and busy school, providing an essential service to the school community. The school now offers a Continuous Intake model, allowing students to enroll at any point throughout the school year. The WAEC offers a wide variety of high school courses, including English, Math, Psychology, Sciences, Computer Technology, Family Studies, Global Issues, and it continues to help prepare students for post-secondary education and employment opportunities. The school also serves as an anti-poverty strategy, improving educational outcomes for hundreds of Indigenous and Newcomer students. In addition to the main campus and the Adolescent Parent Centre, the WAEC operates four Adult Learning Centres, each designed to serve a different demographic of our student population: