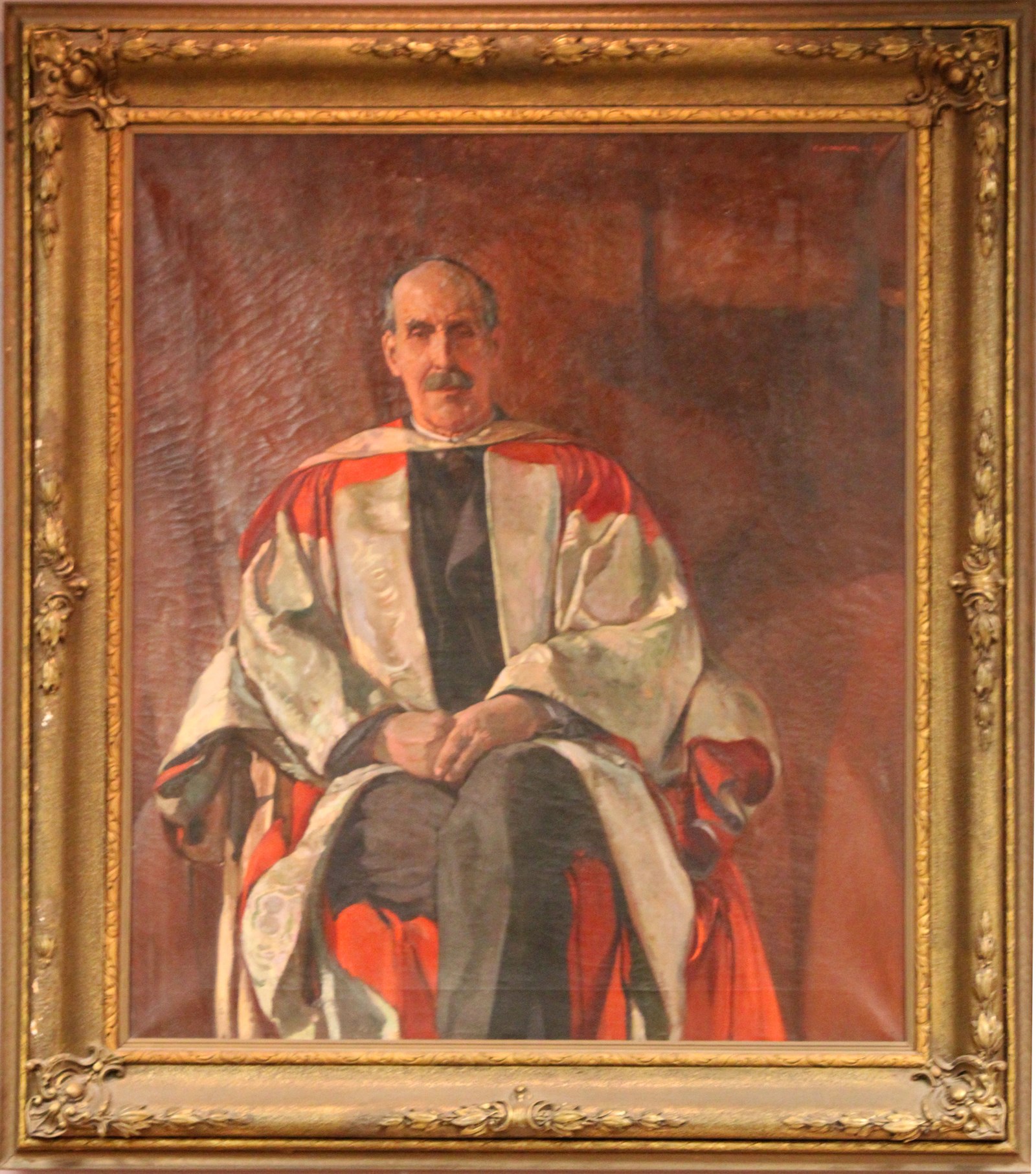 Painted in 1928 by Group of Seven artist Frederick Varley at the time of Daniel McIntyre’s retirement. It was presented to the school on January 1, 1947, by the Winnipeg Teachers’ Society and Winnipeg Schools Services Association to honour the death of Daniel McIntyre on December 14, 1946.

The painting was last cleaned professionally in the mid-1980s. It was reported that during the cleaning quite a few spit balls from students had to be removed. Around the same time it was requested to be loaned out for a few months to be part of a Canadian tour of the work of the Group of Seven. However, the school division turned down the request on the basis of insurance issues about covering possible damage to or loss of the painting.

At an unknown point in time during the later half of the 1900's, an unknown museum requested to acquire the painting due to it's value and history. The school and school division, however, refused. Despite the museum stating that the painting must be in a proper facility, the principal at the time applied and recieved approval for Daniel McIntyre Collegiate to become a museum itself. Because of these new credentials, the school was able to keep the painting and the unknown museum was unsuccessful in it's attempt to obtain it.

Currently it hangs on the north wall in the library.