An unknown teacher purchased 7 statues and 6 busts of Ancient Roman gods, goddesses, and politicians during a trip to Italy and Greece and donated them to the school library sometime before the 1930's.

Most of the below information was provided by Dr. Lea Stirling, Professor, Classics Department, University of Manitoba.

The statue holds poppies and wheat in her hand, both symbols of Ceres. The head has “melon hairstyle”, used a lot in Hellenistic art and sometimes in Roman art. The body is “Ceres type”; This body type comes from a Greek or Hellenistic prototype and is used in Roman times for honorific statues of wealthy women with the face being a portrait. 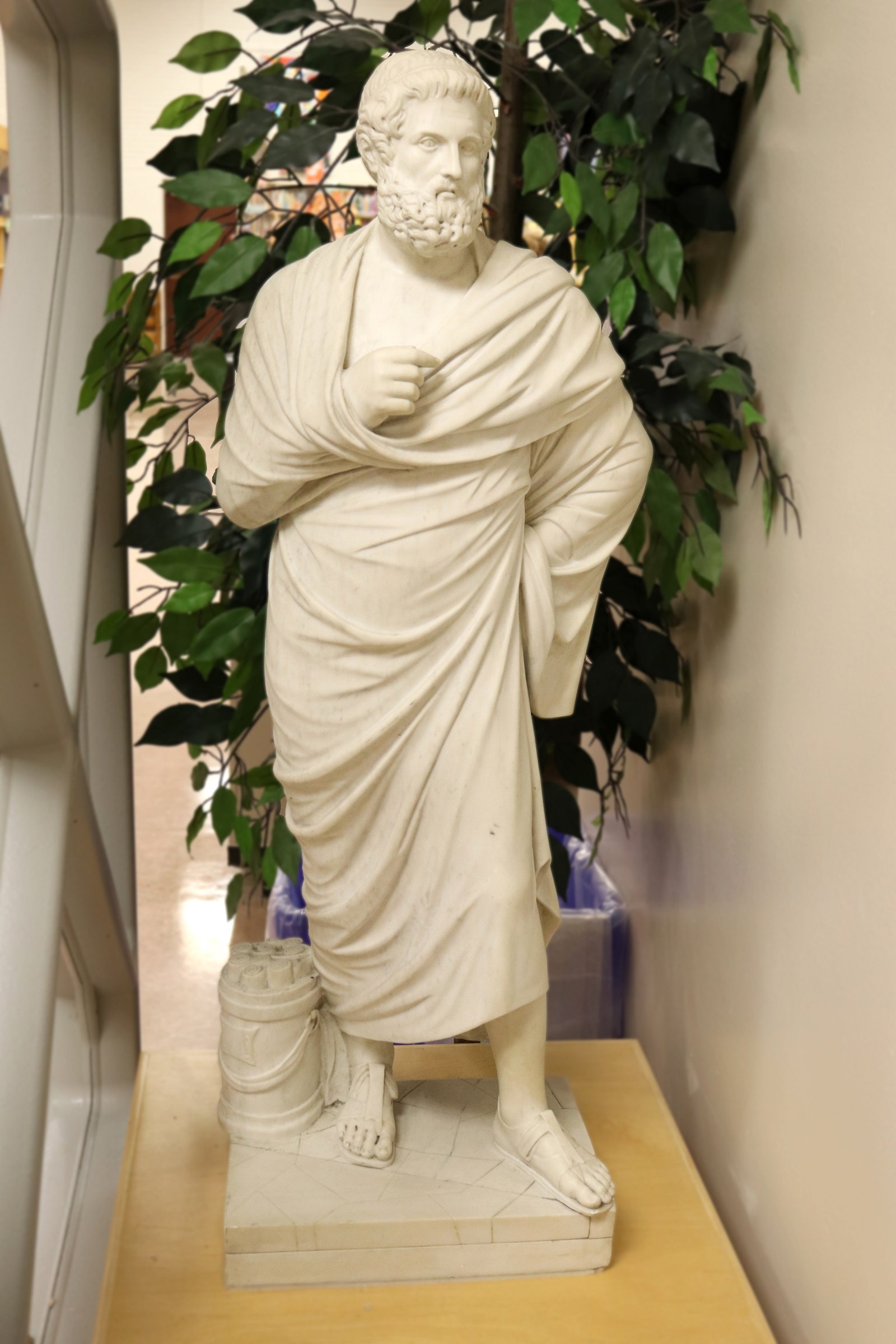 Athenian Orator, d. 314 BCE (contemporary of Demosthenes). This statue's pose is very similar to a statue to Aeschines from Herculaneum, now in the Naples Museum.

Demosthenes, d. 322 BCE, was in important orator and politician in Athens. The original statue was made by Polyeuktos ca. 280s BCE, there are many Roman copies.

This statue type was probably the cult statue for the Julius Caesar’s temple of Venus Genetrix. The statue type is very popular in the Julio-Claudian period because it emphasizes that the Julii were descended from Venus. The original design of the statue probably does back to the late 5th century BCE and sculpted by Callimachus (with then the Romans copying the statue type and branding it as the ancestor of Julian family). There are statues and statuettes of this statue type in lots of museums, including the Capitoline museum in Rome. Venus holds an apple in her hand to remind us that Paris awarded her an apple in the Judgement of Paris. 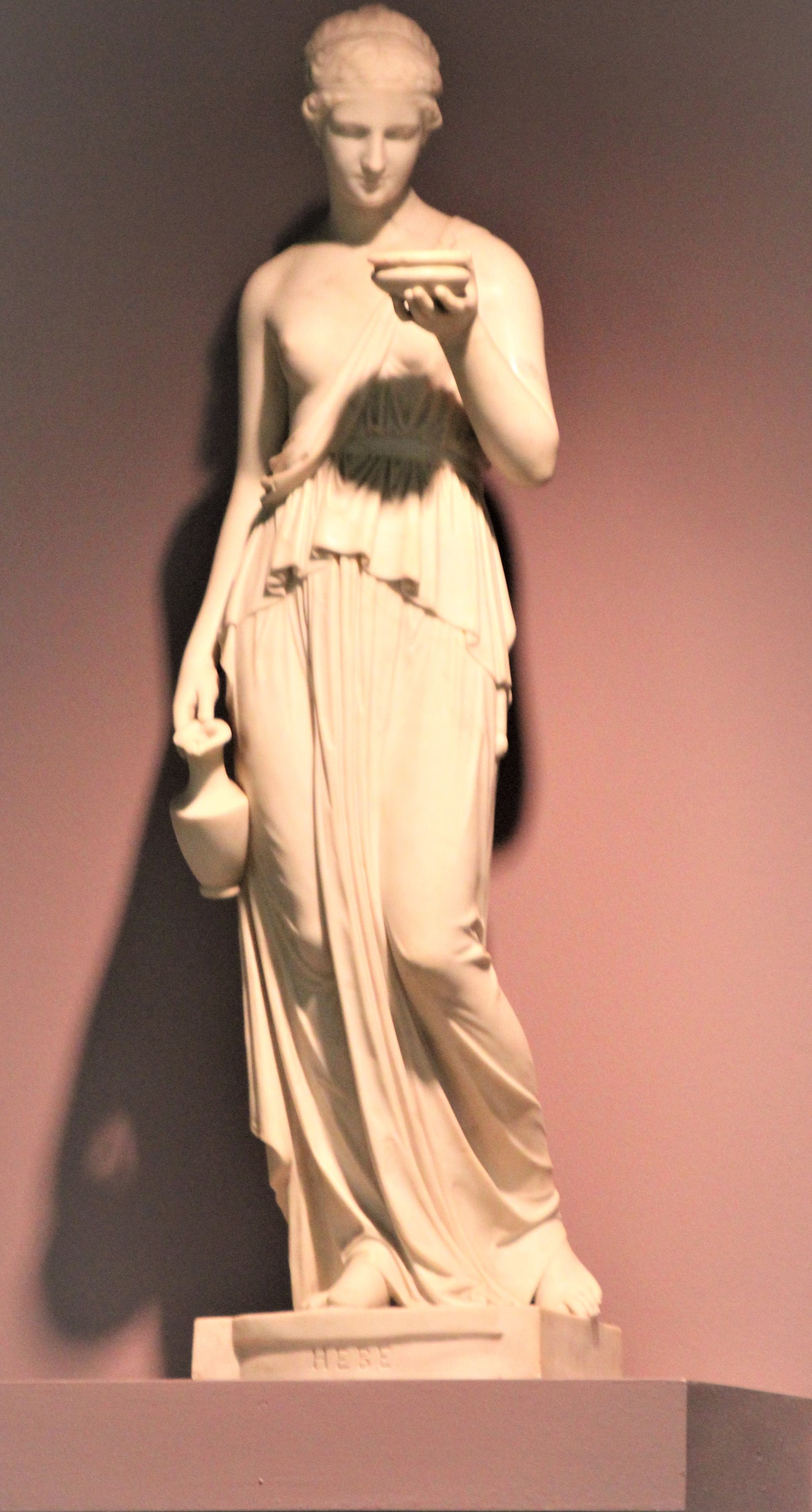 "Hebe" is engraved on the base. 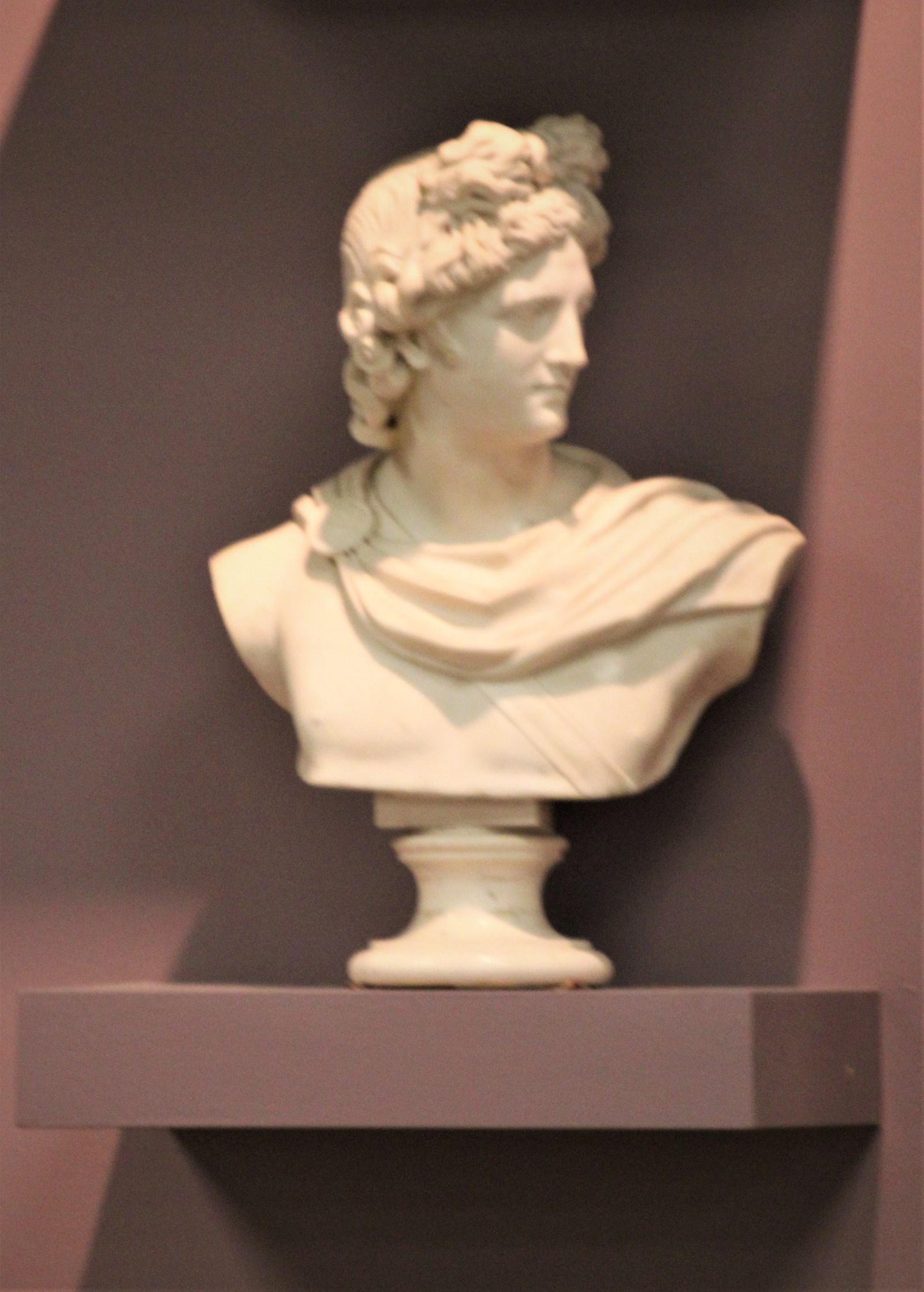 Original is located at the Vatican Museums, Museo Pio Clementino. 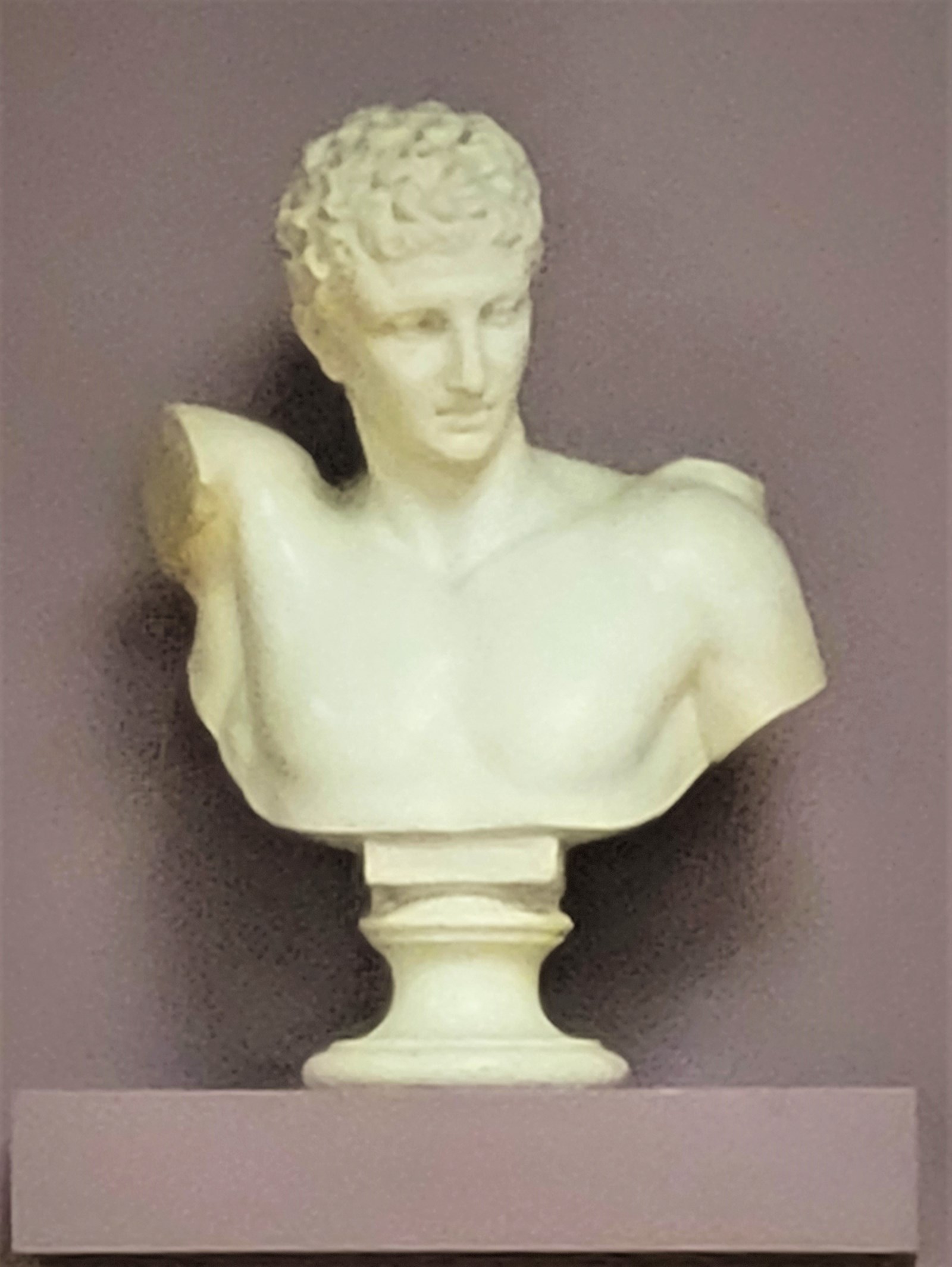 "Hermes" is engraved on the pedestal. The original was found at Olympia, the full statue shows Hermes holding infant Dionysus. 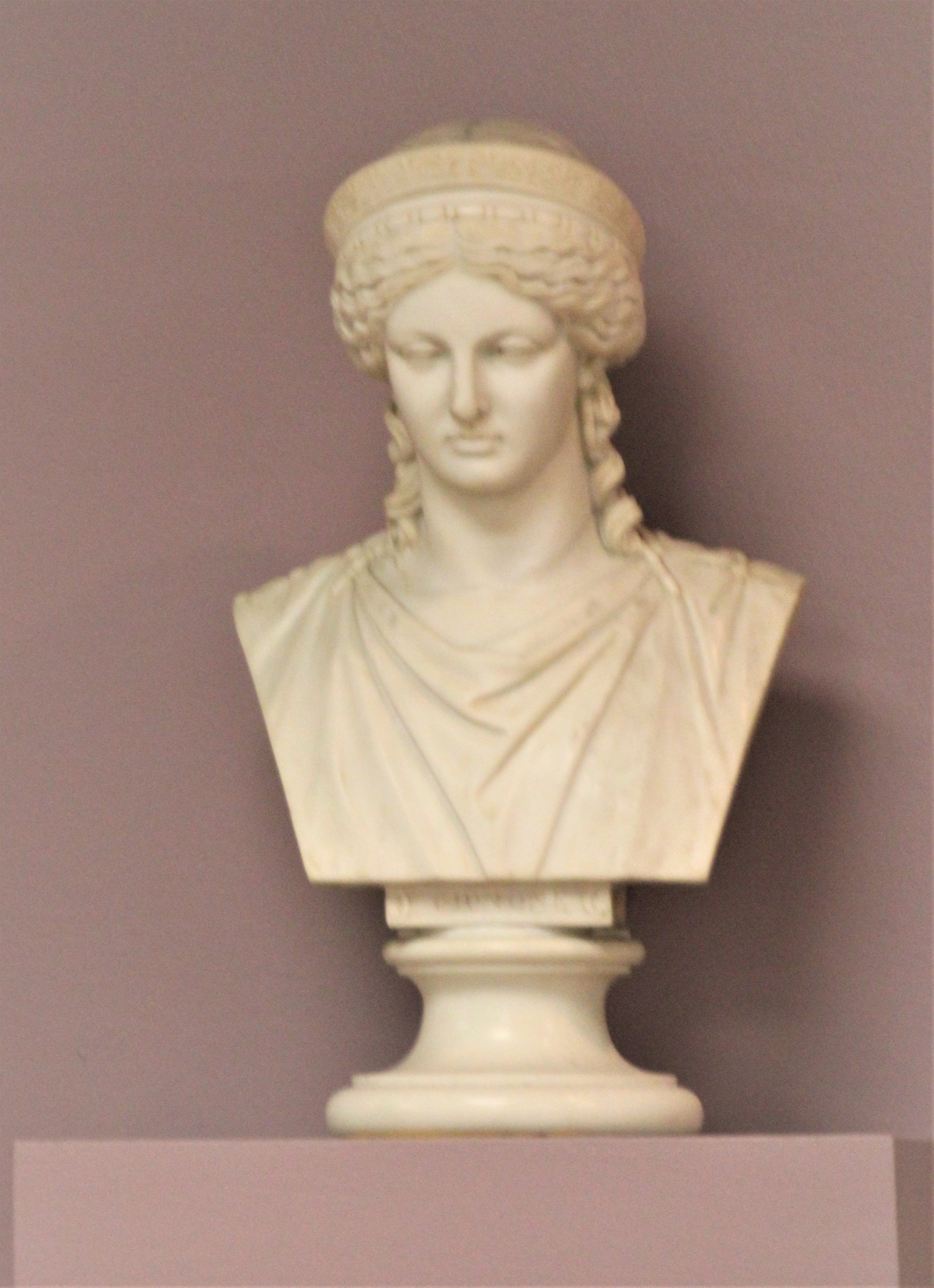 "Giunone" is engraved on the pedestal (Italian for Juno). The original is currently in the Piazza Altemps Museum. 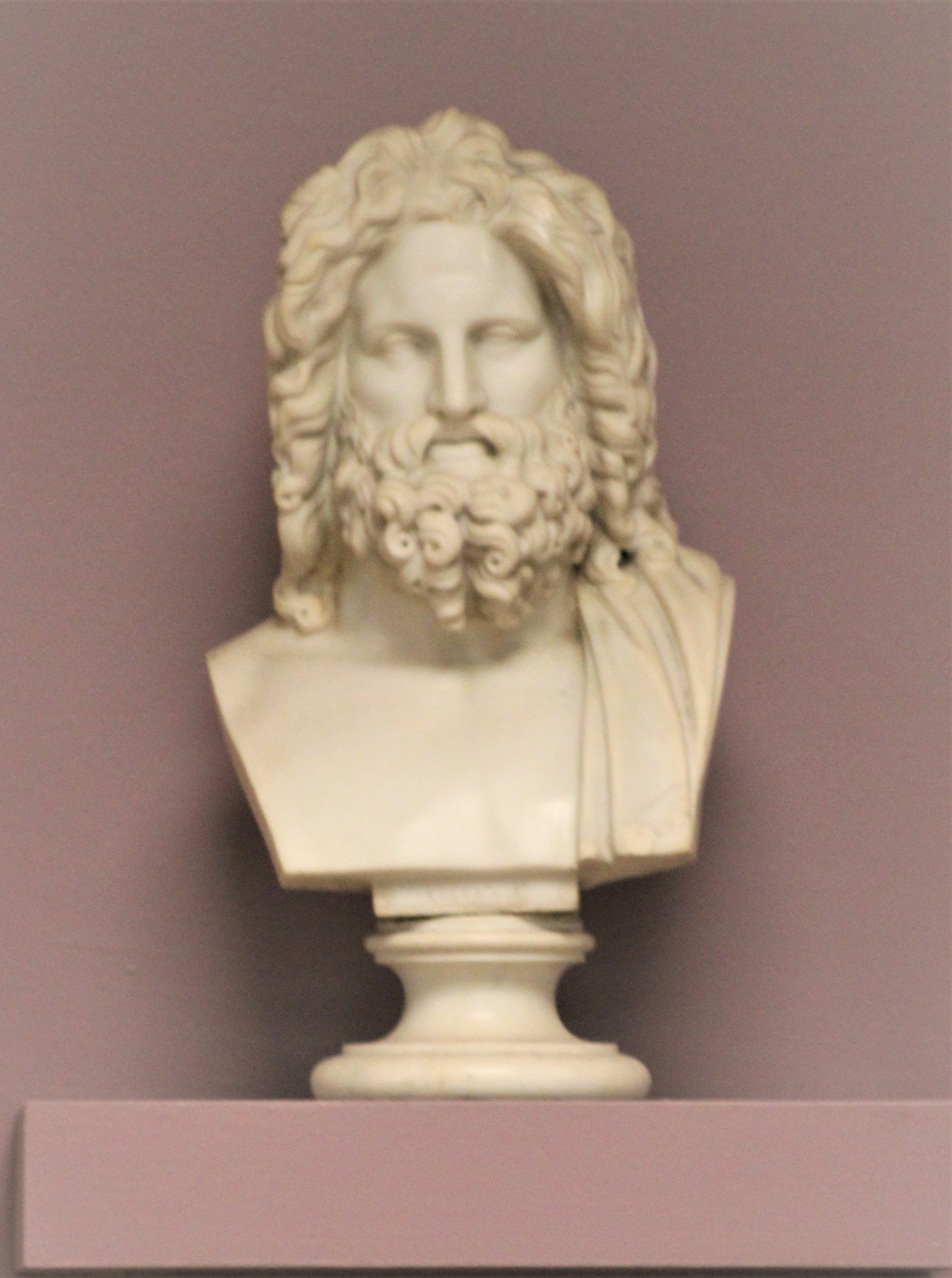 "Giove" is engraved on the pedestal (Italian for Jupiter). 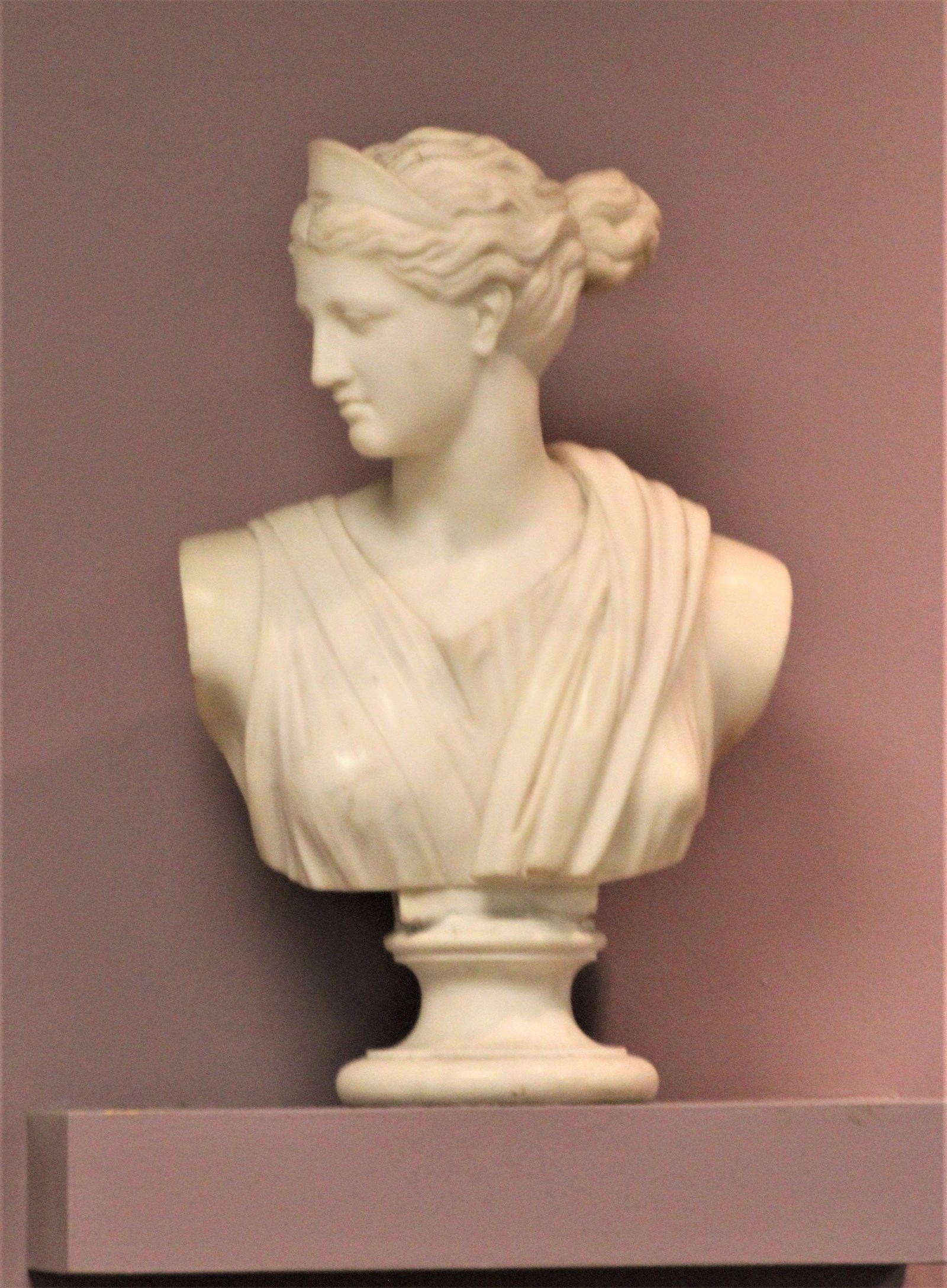 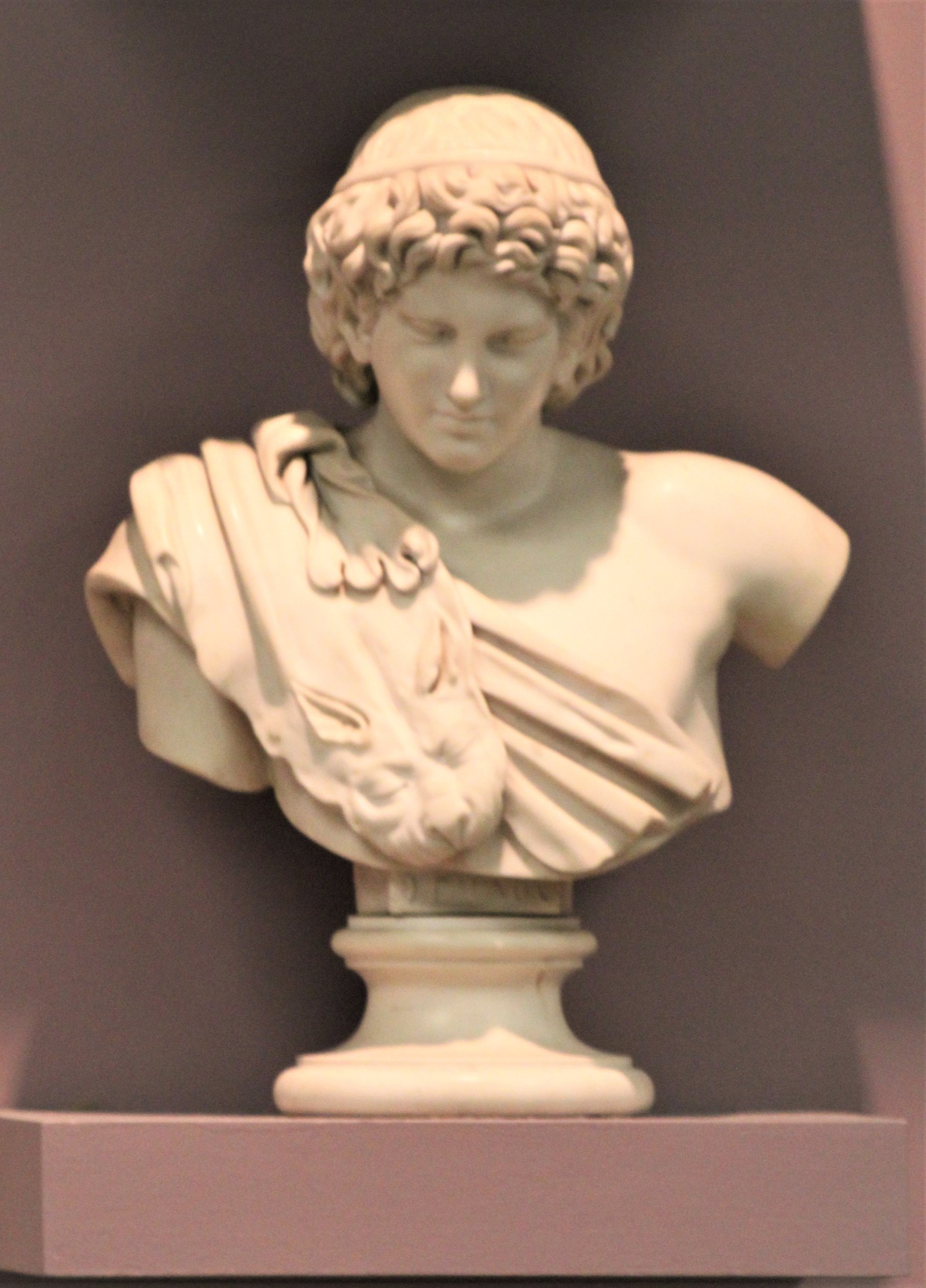 "Fauno" is engraved in the pedestal (Italian for Faun).