The Be That Leader program, led by facilitators from the Aurora Family Therapy Centre, runs every Tuesday and Thursday at General Wolfe during the school year.

The program has been popular and well-attended by General Wolfe students, who come from many different countries; some came to Canada as refugees.

Damhat Zagros, a youth facilitator with the program, is himself a former refugee; he came to Canada in 2017 from Lebanon and previously lived in Syria.

“It’s kind of similar to what some of the students are going through,” he said. “When I came to Canada, I didn’t speak English and had to go to English classes. Then I had to do my high school in Canada again. So it’s kind of similar challenges and obstacles. Sometimes that experience helps me to understand some of the stuff the students go through. Of course everyone has different experiences.”

Mr. Zagros said the program aims to give students the skills to become leaders in their own communities.

“Our leadership isn’t based on a Western standard of leadership—we are coming from multiple different backgrounds and leadership means many different things in different cultures,” he said.

The program focuses on offering a safe space where students can be themselves and build key communication skills like listening and public speaking.

“The first thing we work on is to build trust,” Mr. Zagros said. “Really, these are very active kids. They just need a safe place and someone to support them. We discuss different topics about leadership and we really depend on physical activity and games that have a purpose.” 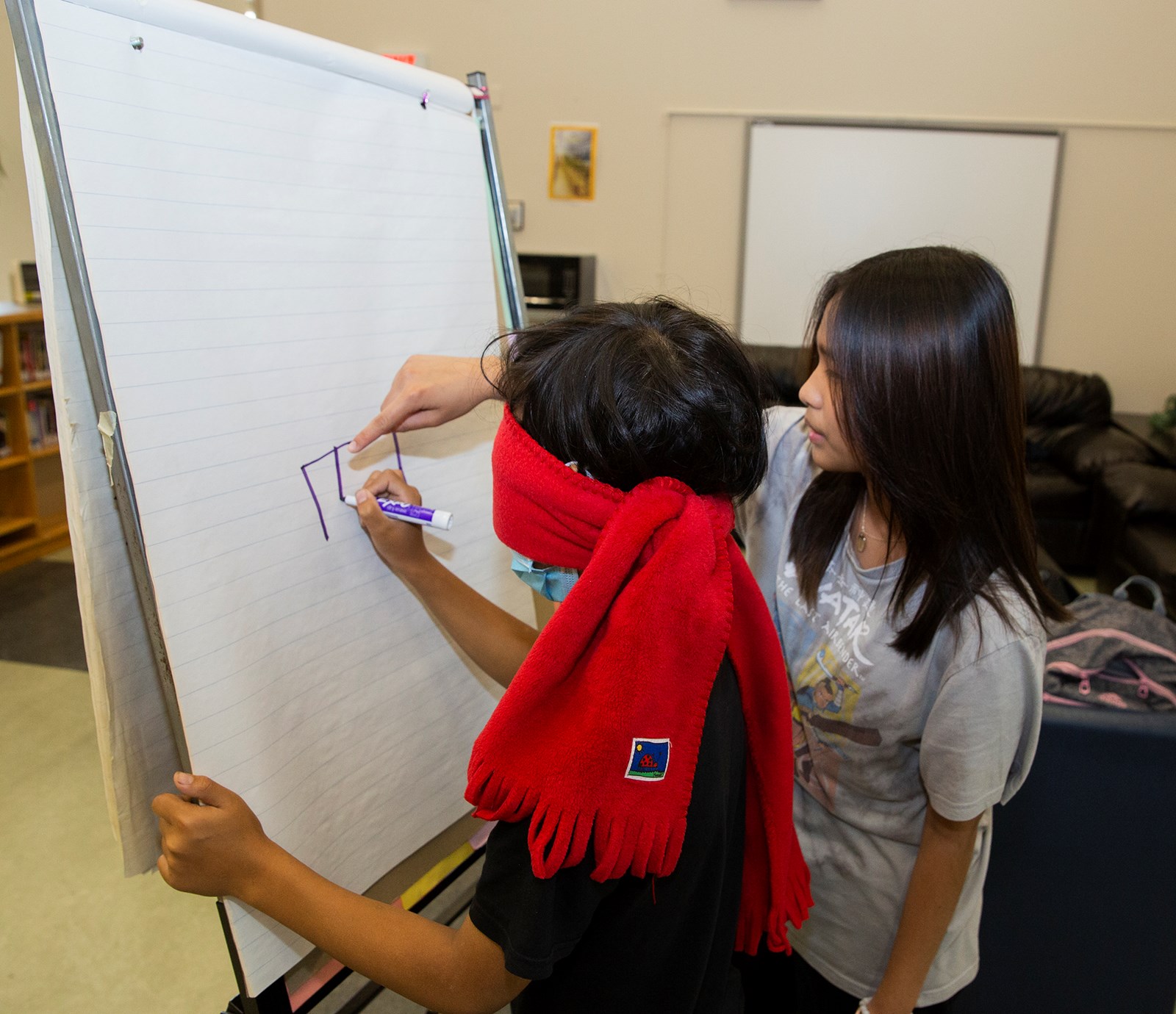 Games often focus on communication, public speaking and teamwork. For example, one gymnasium activity had teams guiding a blindfolded teammate through a maze of different obstacles.

“The blindfolded students have to depend on their active listening skills and the rest of the team have to give clear and loud instructions,” Mr. Zagros said. “The games always tie into the themes we are focused on.”

Mr. Zagros said the program is well-attended, even during the busy school month of June.

“We always have a lot of participants, the students will bring their friends and we’ll have new kids who want to join,” he said. “We’re really happy about that.”

Students said they are learning valuable life skills through the program.

“They tell us how to control our emotions, and how to cooperate with others,” said student Toan Tran, who came to Canada from Vietnam three years ago. “We do activities about cooperation and teamwork. We learn about how to be leaders and we also get to make lots of friends.”

Student Fawwaz Al Hassan, who came to Canada from Syria six years ago, said students are learning mindfulness strategies in the program, as well as the mental health value of physical activity.

“We do sports activities in the gym to help us get our energy out,” Fawwaz said. “They also teach us about how to control ourselves physically, and how to calm down when you are mad.”

Fawwaz added the program has taken students on several field trips. Students enjoyed an afternoon at Activate Games in Winnipeg, and also attended two different pow wows, including one in Brandon.

“People can teach about their culture, and also learn about other people’s cultures and religions,” Fawwaz said.