École Sir William Osler was constructed in 1955 as an elementary school. It was named for renowned Canadian physician, William Osler (1849-1919). The first principal, from 1955-1959, was Mr. William Norval Donald.

The original school contained ten classrooms and a gymnasium. The school was expanded to include four more classrooms in 1957. The school closed in June 1991, due to declining enrollment.

Sir William Osler lived from July 12, 1849 to December 29, 1919. He was a Canadian physician, and the first physician to encourage medical students out of the lecture hall for bedside clinical training. Often he is referred to as the "Father of Modern Medicine." In addition to being a physician, Sir William Osler was an author, historian, bibliophile and practical joker.

"The best preparation for tomorrow is to do today's work superbly well."  Sir William Osler​​ 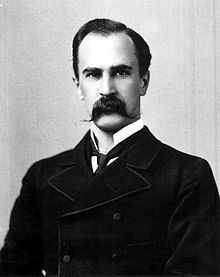